Changan Auto also seems to have a breakthrough in appearance design. Not only the recently released UNI-T, the Oshan (Oushang) brand under Changan Auto also brought a brand new model, the Oshan X5. At the 2020 Chongqing Auto Show, Changan Oshan X5 made its global debut, the car is positioned as a compact SUV and is based on the Changan MPA platform. While continuing the family design, the car’s exterior design has made new breakthroughs in some areas and adopted a unique design. It is understood that the car will be officially listed in 2020.

In terms of appearance, Oshan X5 adopts the official design concept of “light design aesthetics”. The hexagonal front air intake grille and the C-shaped air intakes on both sides form a good continuation of the family design language. In terms of details, we can also find some highlights in it. Among them, the front grille adopts the latest style of waterfall design, and the two spaced grilles are also treated with chrome plating, which gives it a high degree of recognition. It is worth noting that we can infer that the car also has ACC function through the radar in the front of the car.

At the same time, the slender streamlined LED light strip above the front head gives the front face more fashion elements, and a new split headlight design is also used below, which is well integrated with the air inlet shapes on both sides. In addition, the two rib lines raised by the engine cover also conveyed its motion properties.

As a sports-oriented, individual model, its side design is also very attentive. The front and back double waistline design, coupled with the upwardly rising sidelines, make its sides look more three-dimensional and more dynamic. In addition, the car also uses a larger set of wheels with a dense spoke design in the center to match the overall style of the car. In terms of size, according to official sources, the body length of the car has reached 4490mm, and the wheelbase has reached 2710mm.

Coming to the rear, the three-dimensional design of the rear lights can be said to be the finishing touch of the entire rear. The same design style as the headlights can quickly attract people’s attention. At the same time, the rear of the car also adopts the common design techniques of sports SUVs. The center of gravity of the entire rear is relatively high, plus a larger rear spoiler above and a larger bilateral exhaust, it creates an intense sense of movement. In terms of body size, the length, width, and height of the new car are 4490/1860/1580mm, and the wheelbase is 2710mm.

In the power section, according to previous news, Changan Oshan X5 will be powered by Changan’s latest Blue Whale NE 1.5T turbocharged direct-injection engine, which has a maximum power of 180 horsepower and a peak torque of 300 Nm. Compared with the 1.5T engines carried by other Chinese brands, its data is even better.

As the first new car to open the Oshan brand X series, the Oshan X7 has a distinctive personality, and the unique design of the hexagonal large-size front grille has created a new precedent. The Oshan X5 released this time is the second new car in the Oshan’s X series. According to the official, as Oshan X5 is a “global debut” on 2020 Chongqing Auto Show, we could expect that this new model will be an international model selling in other countries. 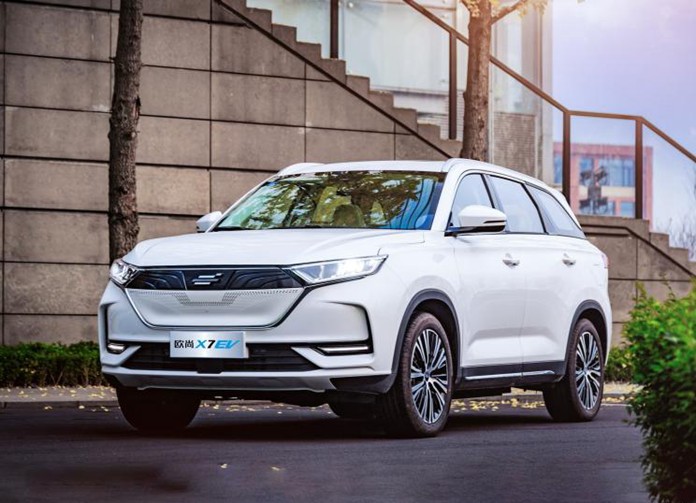