Recently, Skyworth Auto officially announced that Skywell ET5 officially changed its name to Skyworth EV6 and went on the market. A total of 4 new models were launched, priced at 152,800 to 249,800 yuan. Compared with Skyworth ET5, the appearance of the new car has not changed much, but many updates and optimizations have been made in terms of model configuration, power battery, etc., and a six-seater model, a long-range model, and a hybrid version are also introduced.

In terms of appearance, Skyworth EV6 continues the appearance design of the ET5 model, featuring a design concept called “Bauhaus”, giving people a stylish and atmospheric visual experience overall. The forward grille is integrated with the headlights on both sides to form an integrated design. The bumper area below uses a more dynamic shape and is equipped with diamond-shaped fog lights on both sides.

On the side of the body, the waistline of the new car runs straight through the body, and the front and rear fenders slightly protrude from the body. With the concave line design under the door, plus the double-spoke large-size wheels, it looks flat and stable. In terms of body size, the length, width and height of the new car are 4698/1908/1696mm respectively, and the wheelbase is 2800mm.

In terms of interior, the new car is featured with a symmetrical central control layout as a whole, equipped with a 12.3-inch full LCD instrument, a 12.8-inch central multimedia touch screen, a three-spoke multi-function steering wheel, and a knob-type electronic shift mechanism, creating a good technological atmosphere. It is worth mentioning that the car is also equipped with the SKYLINK intelligent network connection system provided by Skyworth Technology, which further enhances the car’s sense of science and technology.

At the same time, the new car is also available in a six-seater version. The car has the same appearance and interior as the 5-seater version but adopts a 2+2+2 seat layout to provide consumers with more choices.

In terms of power, the entire Skyworth EV6 series is equipped with a drive motor with a maximum power of 204 horsepower (150kW) and a maximum torque of 320 N·m. The transmission system has been optimized, and the official acceleration time of 0-100km/h has been increased to 7.9 seconds. .

Skyworth EV6 is renamed from Skywell ET5. There is not much change in appearance, but the interior configuration of the car has been greatly updated. Skyworth ET5 was the former Skywell ET5, and Skywell ET5 was the first mass-produced model of Skywell Automobile at that time.

Jiangsu Skywell Automobile Co., Ltd. was established on November 1, 2019, with a registered capital of 200 million yuan. The legal representative is Huang Hongsheng, which is 100% owned by Skywell New Energy Automobile Group Co., Ltd. The business scope of the enterprise includes R&D, manufacturing, sales, and after-sales service of complete vehicles; R&D, manufacturing, and sales of auto parts. 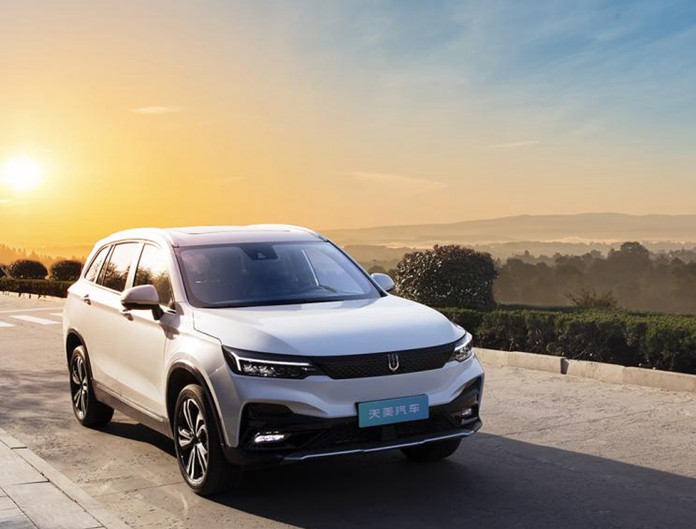