Baojun 530 (More pictures about Baojun 530 in China) seems to be not only popular with the Chinese people, but also listed in the South American market as a new generation of Chevrolet Captiva in November last year. Recently, MG officially announced that “Baojun 530” will land in the Indian market as “MG Hector“. MG Hector is positioned in the new compact SUV, which is available in 5/7-seat version. There is no obvious alteration on appearance between Baojun 530 and MG Hector, improvement is only in details, but the power has a strong upgrade, MG Hector will be powered by 1.5-Liter turbocharged gasoline engine + 48V Mild Hybrid System and a 2.0T diesel engine. In addition, the official announcement that the car will be officially listed in India in July, price starting at about 1.5 million rupees (equivalent to 149,000 yuan or ~US21,570).

The appearance of MG Hector completes the design style of Baojun 530, which is biased towards the practical style of MPV. In the front part, the new car is equipped with a larger dot matrix grid grille. The headlights on both sides are still in a split structure. The difference is that the lamp cavity shape of the lower lamp group is different from that of the Baojun 530, and the dual-lens lamp group is used; front bumper is also updated, adding a silver shield and a honeycomb grid.

At the rear end, MG Hector replaced a new style of LED taillights, It is worth mentioning that the new car also added a red light bar between the taillights, but the central part does not seem to light up. At the bottom of the car, the MG Hector uses a new style of silver bumper, which is also different from Baojun 530.

It is reported that Baojun 530 is sold in four brands worldwide: the Baojun brand is used in China, which was listed on March 11, 2018, with a total sales of more than 150,000 units; the Chevrolet brand is used in South America. The new generation of ” Chevrolet Captiva” was put into production in December 2018, with an accumulated order of more than 3,000 units. In Indonesia, the Wuling brand was used, named “Almaz”. Since its launch in February 2019, it is the No. 1 sales in Indonesian medium-sized SUV segment for two consecutive months; the MG brand is used in India market, and it is named “Hector”, its mass production is of great significance to the expansion of SAIC-GM-Wuling in the international market.

About Baojun Marque in China

Baojun is a Chinese auto brand established by SAIC-GM-Wuling in 2010. General Motors (China) President Gan Wenwei listed Baojun marque as the fourth-largest brand of GM in China, which is in parallel with Buick, Chevrolet and Cadillac.

Baojun is an entry-level car brand in China market since it’s born, with the replacement of the new badge, Baojun is challenging the higher-end brand image. 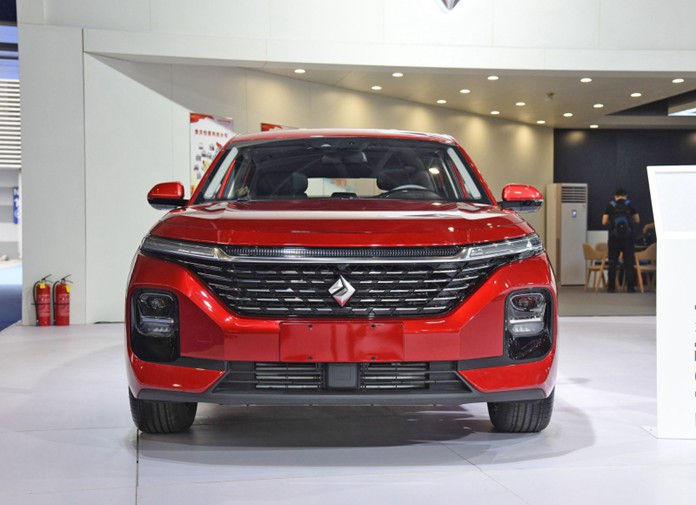