Bestune T77 is the latest SUV model launched by First Auto Works (FAW), it is also the first model after FAW-Bestune changed its new badge. Bestune doesn’t have many hot-sale models in China market, the only ones that can be remembered are the Bestune X80 and B70. This time, Bestune bring us a brand-new T77 with latest Bestune design language, more than this, the T77 has also equipped with a smart car system which calls “the world’s first 3D holographic intelligence control system”. So we bought a new T77 high trim level model (official guide price of 119,800 yuan) for review, let’s take a look how it looks like.

Although the appearance is a matter of opinion, but for Bestune T77, it is really attractive, especially the similar design of starry grille on Mercedes-Benz , which is even more impressive. Of course, you might be stimulated by the dense starry design if you are a phobia.

LED light sources is the standard configuration on Bestune T77. However, only the high trim level model is available in automatic headlights and adaptive high beam, in addition, front fog lights are not available for all models.

The design of the taillights is quite characteristic, the bar-style structure is quite beautiful. The control button of tailgate is designed under the light bar. The position is much higher than other cars, so it is a bit difficult to open, you may not be able to open it normally if you are a weak woman.

The trunk space is not spacious, but it is enough for daily use, it will be very limited if you want to pack more luggage. A foam storage compartment is designed at the bottom of the trunk, which can be used to put some tools for daily use without affecting the cleanliness of the trunk.

Interior design: Feel like a luxury car, but details are rough

The interior of Bestune T77 looks so much like a Mercedes-Benz, whether its twin-screen central console design, or the chrome-plated style, even the steering wheel, it’s just too much like it. Of course, it can be said that Bestune T77 found the right object for “learning”, as Mercedes-Benz is the master for interior trim design.

But the interior of Bestune T77 is still a big gap with the original one. For example, although the steering wheel has bright silver multi-function buttons with leather wrap, the actual operating logic is very poor, it’s even beyond our mind. The multi-function buttons on steering wheel are standard for all models, the leather wrap is available for most models except with the two low trim level models. The steering wheel can only be tilted up and down manually, it does not support to pull or push it toward or away from driver.

In addition to the steering wheel, the twin-screen design is also very similar to Mercedes-Benz, it looks gorgeous and has high resolution.

The interface design is available in several theme colors, but some of the themes are really old-fashioned, it is a world of difference with Mercedes.

Although the central control screen supports touch screen operation, the response is very slow, you even need to wait a few seconds when you switch the menu, it really feels anxious anxious. This car is standard in reversing radar, and reversing image for high trim level model, 360-degree panoramic image is only available for top trim level.

The function buttons below the central control display are also “learnt” from Mercedes-Benz. As for functions, it is difficult to see clearly, color difference of the font is too small, the reflection is too serious, so you will need to guess if you want to operate these buttons.

The air conditioning control buttons are satisfactory, the operating logic is much more reasonable, the function keys are also clear.

Bestune T77 is available with 6-speed manual and 7-speed dual-clutch gearbox. The test car is a 7-speed dual clutch version, it has an electronic gear lever. The overall design style is very similar to BMW, but the operating efficiency and logic is really far worse, especially the shift time between forwarding, neutral and reversing is very slow, it is difficult to operate coherently, really a torture when you handle reverse parking.

The P-gear of this car is placed beside gear lever, but the position is too inconspicuous.

Although the interior looks pretty good in general, it can’t be taken seriously. For example, the narrow border rear-view mirror is very nice, but it can be easily forced apart by hand, the workmanship is bad.

Room: Human engineering is too bad

There are individual air conditioning vents in the rear row, the floor dump is not big.

The comfort of rear seats are so so, a little hard, the cushions are short, it can be tolerated for excursion. The rear seats can be folded down by splitting it into a 60:40 ratio, but they cannot be folded flat.

Like the tailgate, the human engineering of the rear door is really bad! It is hard to close the door because the door handle is too close to the hinge. We really don’t know what the engineer thinks about, is it really necessary to turn the car into a fitness machine?

Some friends asked about the holographic intelligence system, unfortunately the T77 we reviewed didn’t have such system. But to be honest, this kind of thing is completely sensational, we have already introduced it in the other post, check here:

Secondly, the ergonomic design of this car is horrible, many ordinary people can even find the problem at a glance, but FAW engineers completely ignore it! We really don’t know if they have driven their own car!

FAW South Africa’s 10,000th vehicle rolled off the production line with a market share of 11% 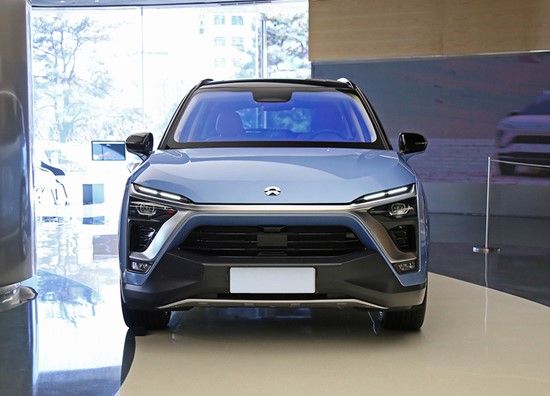