Recently, some Chinese media exposed the appearance patent images of BAIC Beijing BJ30. According to previous plans, this car will be officially launched in the fourth quarter of this year.

It is reported that BJ30 is actually based on the previous BJ20. According to positioning of model, BJ20,40,60,80 series are body on frame structure, therefore, the name change of BJ20 with unibody structure design to BJ30 is also in line with the overall plan.

Judging from the patent picture, the BJ30 follows the overall body design of the current BJ20, but many details have been adjusted. For example, the front face has been redesigned. The air intake, headlights, fog lights, front surround and engine compartment cover are different from the current models. The actual car effect is expected to be more refined.

The side design of the new car is basically the same as the BJ20, but there are fuel ports on both sides of the patent picture, so it is not sure to know what the final design will be. Of course, it might be also a hybrid version. At the rear of the car, the new car has a new rear light, and the shape of the rear surround echoes the front surround.

For power, refer to the current BJ20, which is powered by a 1.5T engine, with a maximum power of 150 horsepower and a peak torque of 210 Nm. The transmission system is matched with a 6-speed manual or CVT gearbox. 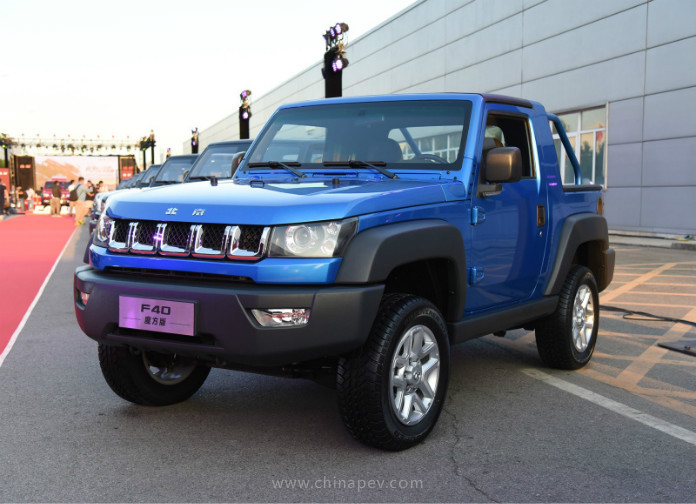