Recently, Changan Automobile debuted an official image of its new compact SUV, UNI-T (internal code: S202), the official said that the UNI in the name of the car series is to continuously explore the universe, reflect on the origin of the world and the value of individual existence, and maintain the individual uniqueness, according to previous reports, the car is expected to be officially unveiled at the Geneva Motor Show in 2020 and will be launched within the year.

As the first model of Changan’s new product series, it features a more sci-fi, avant-garde design language, specifically, the front grille of the new car adopts a “borderless” design, which gradually evolves from the diamond element in the center to the surroundings, and finally merges with the front face, With the S-shaped irregularly shaped split headlights on both sides and the multiple rib lines of the engine compartment cover, making the overall look very recognizable.

From the side of the body, the roof line of the car starts to slide down after passing the B-pillar, and it is complemented by the design of the double waistline, making the vehicle very sporty and impressive. At the same time, the design of the two-color bodywork, combined with the hidden door handles and dense spoke rim shapes, appropriately adds to the car’s youthful color.

At the rear, Changan UNI-T features a polygonal and narrow taillight group, which cooperates with the large-sized trapezoidal license plate area below to increase the level of the rear of the car to a certain level. At the same time, the new car also uses a two-sided exhaust layout and a larger size of the rear spoiler, which brings a strong visual impact and has a strong personality.

In terms of body size, Changan UNI-T has a length and width of 4515 / 1870mm and a wheelbase of 2710mm, positioning it as a compact SUV. The official also provides the car with 17-inch and 19-inch versions of wheel sizes. In terms of power, the car is expected to use the new Blue Whale 1.5T engine and 2.0T Blue Whale engine in the future. 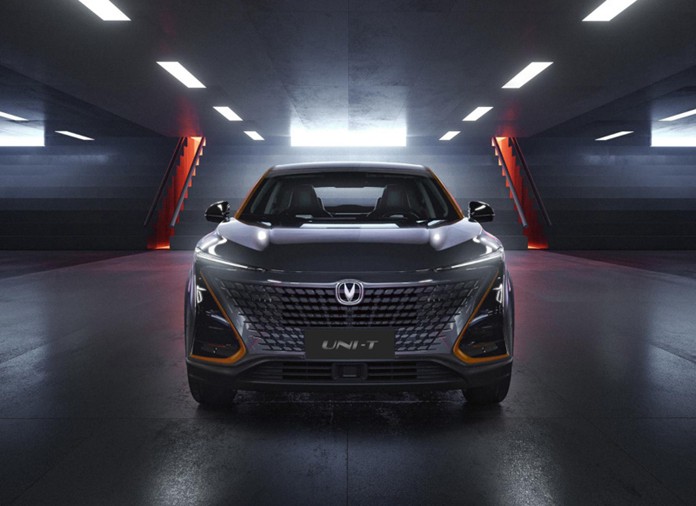 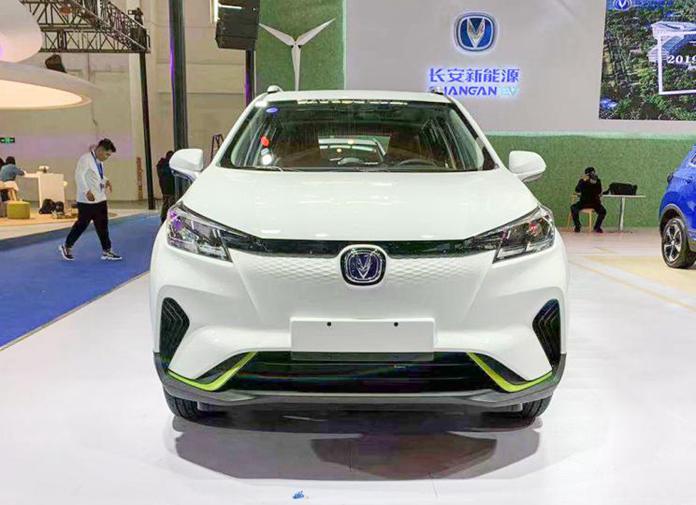