Since the advent, China’s three “automaker new forces” – NIO, Xpeng and WM Motor – have been attacked and questioned by all parties, the worst of them is WM Motor. Compared with small scale owners’ rights protection, WM Motor was entangled in the lawsuit at the moment, and the plaintiff is the wealthy Geely Auto!

Last year, Zhejiang Geely Holding Group and Geely Automobile Research Institute filed a lawsuit against the National High Court in the name of infringement of trade secrets, which will be used by WM Motor and its three subsidiaries (ie WM Motor, WM Smart Travel Technology, WM Automobile Manufacturing Wenzhou Company and WM New Energy Automobile Sales Company were brought to court. The case will be heard in the Shanghai High Court on September 17, 2019.

It should be noted that Geely’s claim amount is as high as 2.1 billion yuan (US$290 million)! Or it will become the litigation case with the highest amount of claims for intellectual property disputes in the Chinese auto industry!

In response to Geely’s allegations of “infringement of trade secrets”, WM Motor seems to be calm: as a “hard innovation” technology powerhouse in the new Chinese automaker new force, WM Motor always insists on positive research, development and independent development. While ensuring that it does not infringe on the intellectual property rights of others, it also pays attention to the protection of its own intellectual property rights.

However, according to public information, the start-ups of WM Motor are “old Geely employees”:

Shen Hui, the founder of WM Motor, served as the director and vice president of Geely Holding Group and the senior vice president of Volvo and the chairman of China. During his tenure, he led Geely’s acquisition of Volvo’s auto business, and ten he was responsible for Volvo’s operation in the Chinese market;

Zhang Ran, Chief Financial Officer of WM Motor, served as Executive Director of Geely and was responsible for the company’s financial management and management of the automotive financial system;

Zhou Peng, supervisor of WM Motor, served as the director of the Volvo China Chairman’s Office;

Xu Huanxin, partner and chief operating officer of WM Motor, he has worked for Volvo in charge of new energy technology.

Frankly speaking, Only relying on a few resumes to determine that WM Motor “infringes on trade secrets” is still untenable, we expect Geely to provide sufficient evidence when trying the case.

But regardless of the outcome of the verdict, Geely’s lawsuit can be described as taking away fuel from WM Motor. As everyone knows, this year is a very crucial year for the so-called “automaker new forces.” On the one hand, the subsidies for new energy vehicles declined, on the other hand, the conventional Chinese automakers are also engaging in new energy vehicle market, and Tesla built factories in China. Even the most optimistic NIO, it is also working hard in all kinds of problem. 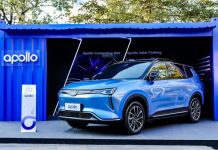