Recently, BYTON announced the interior image of its first production EV BYTON M-Byte, including the embracing center console, 7-inch touch screen and physical buttons on steering wheel, 8-inch central touch screen and other hardware. Not long ago, BYTON M-Byte’s first body-in-white has been off the assembly line. BYTON M-Byte will be officially put into production in the fourth quarter of 2019, and will be pre-sold during the year.

According to the official, the BYTON M-Byte, which will be mass-produced, will have five different interior combinations and eight exterior color schemes, bringing a variety of choices to different consumers.

Looking back at the appearance of the BYTON M-Byte concept car, it was first released at the CES in North America at 2018. The sci-fi is a key feature of the design. LED light source headlights, illuminable body logo, bar-style taillights and the two-tone bodywork, look very delicate. The concept car adopts the traditional side-opening door design, and incorporates the BYTON Intuitive Access function, which can identify the outsiders through the face recognition technology, it can be unlocked after successful matching. In addition, the traditional rearview mirror was replaced by a rearview camera in the new car. 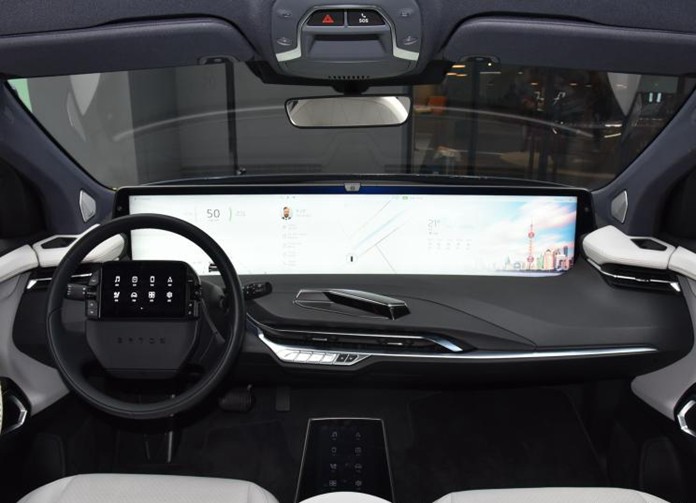 Byton M-Byte will be available in Europe by the end of 2021.