Borgward was a Germany vehicle brand, it was acquired by Chinese company and the equity was transferred several times, the main shareholder are Shenzhou UCAR and Foton Motor, the first is a online car leasing company, the other one is a pickup and commercial vehicle manufacturer.

Declaration information of Borgward BX3 was announced as early as May 2018 to China MIIT, but due to internal changes in Borgward, the car’s appearance / market plan has been repeatedly delayed.

In terms of appearance, the new car features the family design. The headlights are similar to Borgward BX5 models, featuring a single lens design. In terms of body size, The length, width, and height of Borgward BX3 are 4410/1828 / 1670mm, and the wheelbase is 2560mm, it is positioned as a small SUV. At the same time, the car will provide two-color color schemes such as amber orange + agate black, amber orange + moonlight white, ruby red + agate black, and other options for consumers to further strengthen the car’s youthful atmosphere.

On the side, the new car is black-treated on the A and B pillars and roof to form floating roof design. At the same time, the double five-spoke black wheels will further enhance the car’s youthful atmosphere. The rear lights of the new car are also very similar to the BX5 models, with a simple and round overall shape.

In terms of interior, Borgward features the floating central control screen which is also inherited from the BX5 models. The horizontally arranged air conditioning outlets are below the screen. The new car has added multimedia control, water cup holder, push-button starter, electronic hand brake, and automatic parking functions around the handlebars. 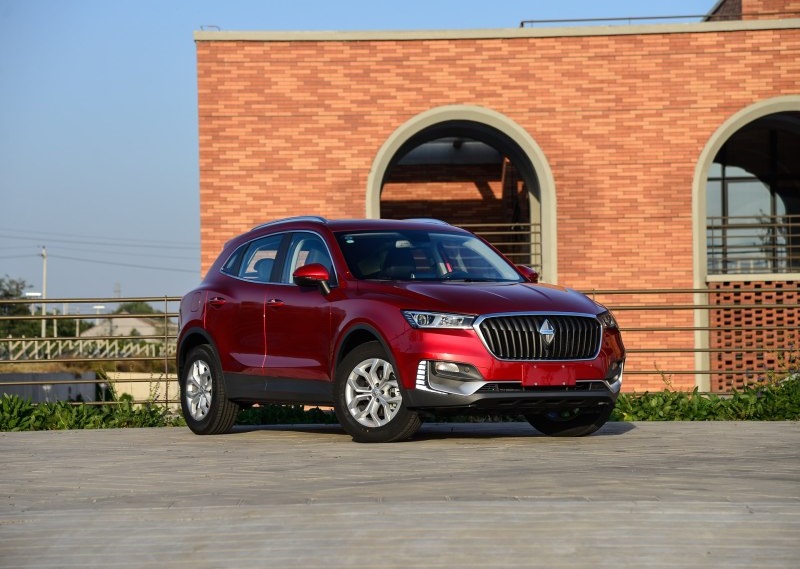