On the evening of August 24th, the new Beijing-Benz GLC L was officially launched in China market. As a mid-gen refresh model, the new car has been adjusted in terms of design and will provide 2.0T both higher and lower powered engines. the new GLC L will offer 5 trim levels according to the different trims, with price range of 392,800-587,800 yuan (~US$55,380 – US$82,872).

The Beijing Benz GLC L is a China-exclusive model of Mercedes Benz, actually it features the same appearance and interior as the overseas version except the longer wheelbase, as Chinese like better room and big size vehicle.

The design of 2020 GLC L is basically the same as the overseas GLC (standard wheelbase) model. It is mainly adjusted for the front grille, front bumper, headlights and taillights. The new front grille offers both single banner and double banner, and the family-style star-shaped grille also appears in the new car. In addition, the new car is also equipped with a new style of headlights, the interior of the lamp cavity changes a lot, including the new LED daytime running lights around the headlight group, as well as the LED light bulbs arranged in two rows.

As a facelift model, the new GLC L has a small change in the side shape and tail compared to the old model. The rear width lamp is the same as the overseas version, it adopts a ring design and located outside the lamp set, while brake lights is arranged inside the ring lamp band. In the body size section, the new Beijing-Benz GLC L has a length, width and height of 4764/1898/1642mm and wheelbase of 2,973mm, which is slightly different from the current model.

Compared with the change in appearance, the interior of the new GLC L almost maintain the same. The center console still maintains the shape of the old models, only partially adjusted. The three-spoke multi-function steering wheel button area adopts a new design; the large-size display above the center console has a longer lateral dimension and a shorter vertical direction; a new 12.3-inch full LCD instrument panel is used, and a large number of bright black and wood trims are used. In addition, the new GLC L features an upgraded MBUX NTG6.0 human-computer interaction system for voice control, real-time navigation and other operations.

The Benz GLC L China version is made by Beijing Benz Automotive Co., it is a joint venture between BAIC Motor Corporation and Daimler AG and Daimler Greater China Investment Co., Ltd., which was formally established on August 8, 2005. Beijing-Benz’s Factory is located in Beijing Economic and Technological Development Zone

This generation of Mercedes-Benz GLC was released on June 17, 2015, it is a new mid-sized SUV that replaces the Mercedes-Benz GLK. Subsequently, on November 19th, the GLC China version was officially launched in Chinese market. With the advent of the latest generation of the long wheelbase Audi Q5L, Beijing-Benz has also increased the wheelbase for the GLC, and launched the China-only GLC L, the GLC long-wheelbase version, in October last year. 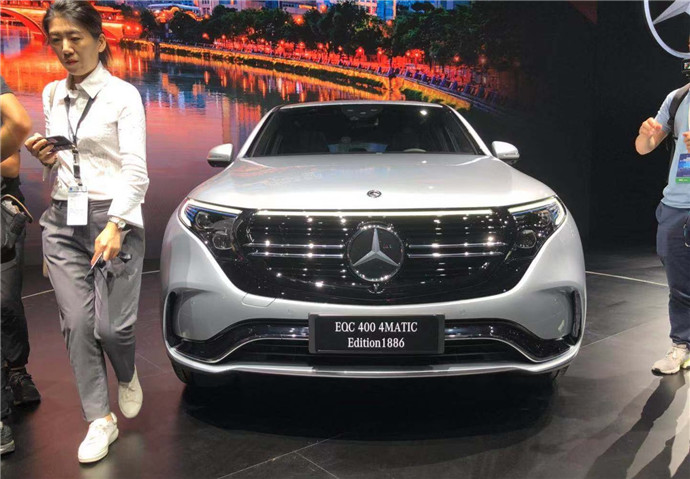