New news came out around the “settlement place” of Xiaomi car project. Recently, the Auto-Time from 36kr.com issued a document saying that it has been informed from various independent sources such as Anhui High-tech Industrial Investment sources that the State-owned Assets Supervision and Administration Commission of Anhui Province is in contact with Xiaomi and intends to introduce Xiaomi (car project) into Hefei. As of now, Xiaomi has not yet responded to the “settlement in Hefei”.

In fact, in recent times, news about Xiaomi’s car project “settlement” has often spread, and cities such as Beijing, Shanghai, and Wuhan have all become “scandal targets”. To this end, Wang Hua from Xiaomi’s Public Relations Department responded: “Part of the information about our company’s car manufacturing has become more and more outrageous in recent times. It will land in Beijing and Shanghai, and deliberately emphasize that Wuhan has not been successfully introduced.” Although there is no comment, it seems to deny the possibility of these cities.

From the perspective of Hefei gov.’s support for new energy vehicles projects, it is not impossible for Xiaomi to settle in Hefei. In recent years, Hefei gov. has continued to increase its support for the smart electric vehicle industry, not only actively introducing high-quality enterprises, but also providing supporting policy support in various aspects such as construction, capital, and talents. Li Bin, the founder, chairman, and CEO of NIO, bluntly said that Hefei has a “life-saving grace” for NIO, and the capital injection of 7 billion at that time became key support for NIO’s bottoming out.

Although the current location of Xiaomi car project is not completely determined, it is certain that since Xiaomi officially announced its entry into the smart electric vehicle industry on March 30, 2021, it has been actively deploying. From the official website of Xiaomi, we can see that there are indeed many auto-related positions being recruited, and they are all marked with the word “urgent”.

It can be seen that although there are different opinions on various news, it also reflects the expectation and importance of Xiaomi inside and outside the industry. Regarding more actions of Xiaomi making cars, we will also keep an eye on it. 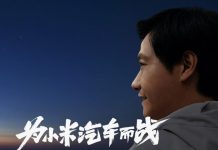 Xiaomi invests in Motorcomm, which is a developer of core communication chips for vehicles