On January 10th, at the night of JETOUR brand (A CHERY’s sub-brand), JETOUR brought a concept SUV T-X, a hardcore SUV. This car is the first product of Travel+2.0. Although it is still in the concept stage, it represents the design trends of JETOUR product.

The resurgence of retro style and the hot sales of this type of products should be the driving force behind JETOUR’s desire to be a hardcore SUV. In addition, the JETOUR model has always been the main cost-effective route before. The launch of the new style model this time can also make some changes in the brand tonality, paving the way for the launch of high-end products in the future.

In terms of appearance, the new car features a popular retro styles that is hot in these two years in the Chinese market, such as Ford’s Bronco or TANK 300 from Great Wall Motors. At the same time, it also uses the current popular design methods, using a combination of modern and retro, trying to reflect a tone.

The front face of the new car is quite tough. You can see the high bulging hood of the front of the car, the fenders protruding on both sides, and various tough lines, all of which are very classic styles. But at the same time you can also see the LED lights that are now popular, and form a square retro shape. The official expression is “+”-shaped headlights, which are intended to show the “+” symbolic design of travel. At the same time, the overall headlights are constructed into the shape of lanterns, which are combined with traditional Chinese culture. In addition, the front surround of the new car is equipped with a large fender, which highlights the wildness of the vehicle. The new car still adopts the highly recognizable headlight group design, and the visual effect is relatively outstanding.

The side of the car adopts relatively straight lines, and the four wheels are close to the four corners, which improves the field passability. It is worth mentioning that the car adopts a modular roof setting, and a drone platform is added for the roof. The style of the rear is straight, which is somewhat similar to the Land Rover Defender. In addition, the new car adopts an externally mounted spare tire design. At the same time, the new car will also adopt a fairly tough design in the rear surround, which can form a good echo with the front surround design. In addition, the accessories on the roof indicate that manufacturers may launch more products around in the future.

The rough tires and rims complement the body style, and we can see the door-to-door design from the concept car. In fact, this design is not unfamiliar. It was found on the earlier FJ CRUISER, it is more inclined to create an atmosphere, and the later mass-produced version should adopt a conventional door design.

In terms of power, the JETOUR T product series will include 1.0T, 2.0T, 3.0T fuel version, hybrid, pure electric and other options in terms of power. Among them, the PHEV model has a comprehensive cruising range of 1,000 kilometers, a fuel consumption of 1L/100km, and full coverage of travel scenarios. At the same time, the four-wheel drive system equipped with differential lock is adopted, including mechanical four-wheel drive and electric four-wheel drive versions, and its body also includes two body structures of bearing or non-bearing. According to the plan, the first model of the T product series, the T-1, will be launched in 2023. Based on the strong ductility of the intelligent architecture of the T product series, pickup trucks on the same platform will also be launched in the future.

In the future, the T product series will launch a variety of models such as hard-core off-road, smart off-road, and luxury off-road. The length of the vehicle ranges from 4.6 to 5.1 meters, covering a price range of 150,000 to 300,000 yuan to meet the off-road travel needs of different consumers.

Another hardcore off-road! JETOUR T-X will be launched in the third quarter of next year 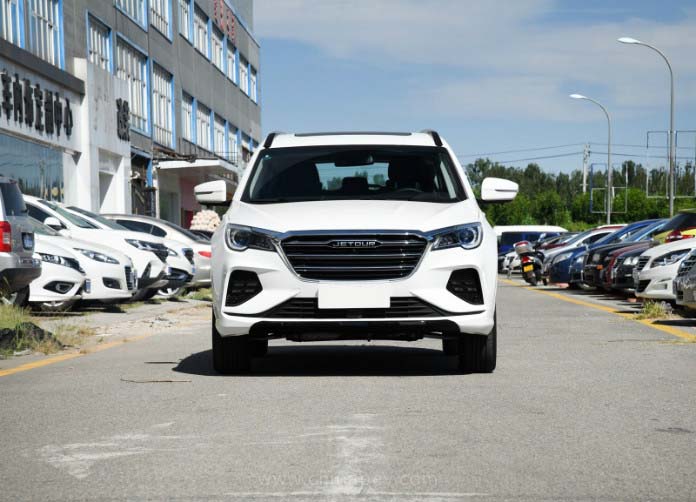