Recently, Li Xueyong, general manager of Jetour, revealed the news of Jetour T-X. He said that the production version or be called T-1, the appearance will most inherit the design concept of the concept SUV T-X, only fine-tuning. In terms of power, 1.6T and 2.0T engines and hybrid models will be launched, and there are two-wheel drive and four-wheel drive versions. The new car has two versions, 5-seat and 7-seat. The length of the 5-seat is about 4.8m, and the 7-seat is about 4.95m. The new car will be launched in the third quarter of next year.

At the beginning of this year, at Jetour Brand Night, Jetour brought a concept car Jetour T-X, a hard-core SUV. This car is the first product of Travel+2.0 from this brand. Although it is still in the concept stage, it represents the future product design trends of Jetour. It adopts the more popular retro styles in the past two years, such as Ford Bronco or TANK 300 from GWM. At the same time, it also uses the current popular design techniques, using a combination of modern and retro, and wants to reflect a tonality.

It is worth mentioning that the car adopts a modular roof setting, and a drone platform is added for the roof. The style of the rear is straight, which is somewhat similar to the Land Rover Defender. In addition, the new car adopts an externally mounted spare tire design.

The rough-style tires and rims complement the body style, and we can see the door-to-door design from the concept car. In fact, this design is not unfamiliar. It was used in the earlier FJ CRUISER. Speaking from the function, it is more inclined to create an atmosphere, and the later mass-produced version should adopt a conventional door design. We will continue to pay attention to more new news about the new car 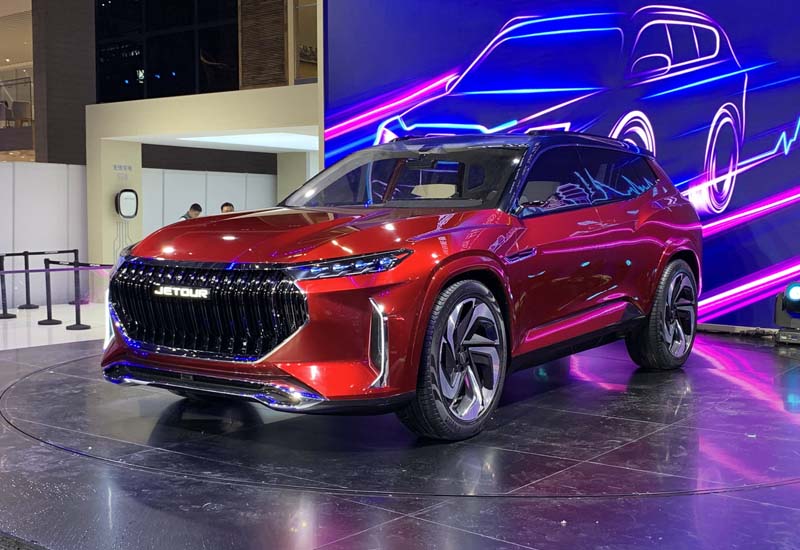