According to the news on December 8, the plot of Huaqiao Sugar Factory in Baiyun District, Guangzhou City was successfully sold at the Guangzhou Public Resources Trading Center, and the winner was Huawei Technologies Co., Ltd.

It is reported that the plot is planned as a new type of industrial land, a research and development center is planned to be built. The total land area is about 178.94 mu, the planned total construction area is about 166,000 square meters, and the transfer fee is 339 million yuan. Huawei bid for the land for 339 million yuan, and plans to invest in the establishment of Huawei Guangzhou R&D Center. The project plans to engage in the research and development of smart cars, cloud computing and the Internet of Things, and accelerate the application of ICT technology in various industries in Guangzhou.

In fact, as early as April this year, the Baiyun District Government of Guangzhou and Huawei signed an investment framework agreement to build a Huawei R&D center in Guangzhou to jointly promote the development of Guangzhou’s smart city, cloud computing, and Internet of Things, and other industries. The successful acquisition of the Huaqiao Sugar Factory by Huawei this time also means that the construction of the Guangzhou Huawei R&D Center will be officially launched.

As one of the three major Chinese automobile production bases, Guangzhou has deep accumulation in the automobile manufacturing industry. It not only brings together many old automobile giants such as GAC, Toyota, Honda and Nissan, but also four independent EV brands such as GAC-Trumpchi, Dongfeng-Nissan-Chenfeng (Venucia), GAC-BYD and BAIC, as well as a number of car-making new forces such as Evergrande Hengchi, Baoneng Automobile, Xpeng Motor, and GAC-NIO.

It is worth noting that since Huawei was continuously imposed sanctions and suppression by the United States, Huawei’s business development in the smart phone and telecommunications fields has been greatly affected. In this context, Huawei has further increased its investment in the automotive field,the auto market is expected to become a new breakthrough for Huawei. 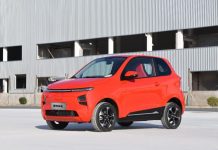 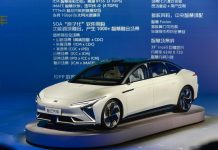 Levdeo Released Teaser Images of Its First EV i9