Earlier, Hon Hai Technology Group announced the acquisition of Lordstown Motors’ electric vehicle factory in Ohio for US$230 million (about 1.556 billion yuan), and subscribed for about US$50 million of equity at US$6.89 per share.

According to news from CNBC that the two sides have set a deadline of May 18 to complete the deal. If a deal isn’t done by then, Lordstown won’t have enough cash to back it up and likely won’t have the option to complete the development of its Endurance electric pickup.

Foxconn, the parent company of Hon Hai Technology Group, plans to use the plant to build electric vehicles for customers under contract, including the Endurance and a new low-cost model expected in 2024 for California startup Fisker. 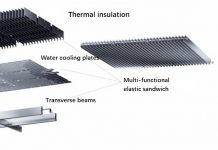