Industry insiders opine that Hyundai seeks to change the way the commercial vehicle market in China operates with sole proprietorship being more conducive to management enhancement and technology input. Future plans include the use of a unified, consistent Hyundai logo for products developed in China as well as the launching of new products that combine cutting edge automotive technology with environment protection measures in a bid to become a leader in China’s commercial vehicle market. The bold moves of Hyundai form part of its continuing quest for leadership in the light of foreign investment liberalization.

As far back as 10 years ago, Cui Hanying, vice chairman of the Hyundai Commercial Vehicle Division has already seen the market promise, stating “To become a real player in the global market, entering the Chinese commercial vehicle market is a necessary strategy for Hyundai.”
In terms of history, Sichuan Hyundai was established jointly by Hyundai Motor and Sichuan Nanjun Automobile Group/Nanjun Automobile way back in 2012 with a registered capital of 1.9 billiion yuan and 50-50% shares. It started operations in January 2013. Two production bases in China in Ziyang Truck Factory and Chengdu Bus Factory turned out 160,000 heavy, medium and light trucks and large, medium and light trucks; 10,000 light passenger cars as well as 20,000 heavy engines. Presently, its product system includes Chuanghu, Shengtu, Hongtu, Zhidao, and Kangdi. It is renowned for introducing high-end heavy trucks, however, in recent years, Sichuan Hyundai has taken a backseat to Dongfeng, BAIC Foton, SAIC-GM and China FAW in the commercial vehicle market.

Since 2018, Sichuan’s Hyundai’s equity and industrial and commercial registrations have been through many changes. Hyundai Motor and Sichuan Investment Group signed a Strategic Cooperation Framework agreement in September 2018 in an effort to expand the commercial vehicle business in China. Simultaneous to this was an announcement of Sichuan Nengtou plans to acquire 50% of Sichuan Hyundai from Nanjun Automobile, an aquisitiion that did not materialize.
Hyundai’s share in Sichuan Hyundai dropped to 32.73% in August 2019 with the withdrawal of Nanjun Automobile and the increase of share ratio of Sichuan Ruiyu Real Estate Co. Ltd. To 67.27%. Come January 2020, Sichuan Ruiyu Real Estate withdrew.

The recent acquisition is a boon to both Hyundai and the local market. On one hand, Hyundai Motor will cease to have “profit-sharing” issues; furthermore, the sole proprietorship will mean better technology input and management. The local market, on the other hand, stands to benefit from future introductions of Hyundai’s later commercial vehicles with a potential to alter the product structure in place.

While some industry insiders expressed that the Chinese commercial vehicle market is not that big, it is currently enjoying a good spell. China Automobile Association data reveals that for the third year, annual sales volume of heavy trucks exceeded the one million mark.

It goes without saying that Hyundai Commercial Vehicles aims to expand its market share as well as the status of commercial vehicles in China through the introduction of new energy models.

Sichuan Hyundai aims to rebuild the full spectrum of new energy vehicles based on the modern new energy vehicle strategy. It has commenced with the introduction of the Hongtu EV electric light truck in 2019, continuing with the launch of the Shengtu Hydrogen Fuel Cell Vehicle in 2021 and heavy hydrogen fuel by 2023. Lin Daize, general manager of Sichuan Hyundai, said that “battery cars will be produced in stages.” He also said that they plan to sell 30,000 vehicles post-sole proprietorship, expand the model range and increase sales yearly with an aim at growing into the leadership among Chinese commercial vehicles in 2025. 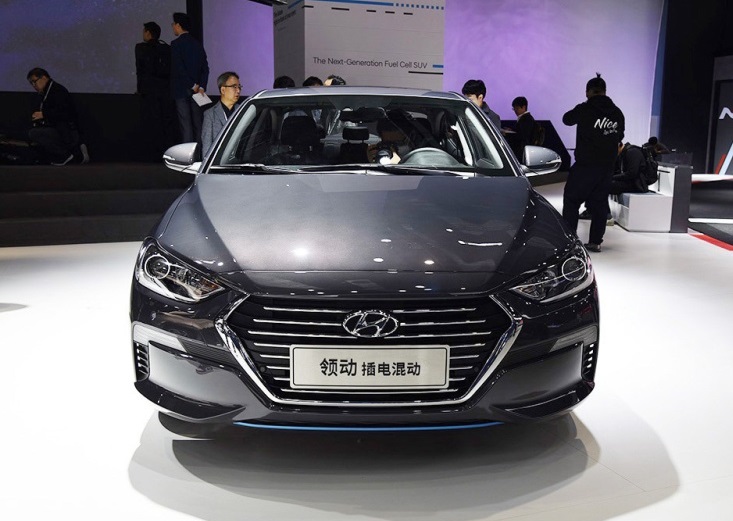