ARCFOX, another Chinese high-end pure electric vehicle brand from BAIC Group, released the world’s first commercial platform equipped with 5G technology – IMC( Intelligent Module Criterion). Based on this architecture, ARCFOX will launch 6 models in the next two years from 2020 to 2021. Including ARCFOX GT Race Edition, ARCFOX GT Street Edition that just released on 2019 Shanghai Auto Show, as well as the other four high-performance smart cars.

In fact, ARCFOX GT is the second generation ARCFOX-7, which is a pure electric super run. The new car adopts a streamlined super-run design. The body is made of carbon fiber and equipped with a pure electric drive system. The acceleration of 0-100 kilometers is only 2.59s.

ARCFOX GT was born in BAIC Group’s high-performance car R&D center in Spain. The front face is very sharp, The narrow matrix lamp set consists of 5 LED lights. ARCFOX GT features a shiny silver-gray paint and a number of muscular lines to highlight the car’s performance potential. At the rear part, the spoiler tail shape is exaggerated and unique.

ARCFOX GT is based on the FORMULA E racing chassis, it is a one-piece, carbon fiber body structure that is lighter and stronger.

In terms of power, ARCFOX GT is powered by 4 or 6 motor-driven powertrain. Among them:

Street Edition has a max power up to 1600 HP (the Race Edition is 1000 hp). The front-axle 2 and rear 4 motors ensure that each wheel is controlled by a separate motor, the car’s driving characteristics are also closer to the traditional mid-mounted rear-wheel drive super-car with the perfect tracking of the four-wheel drive. The vehicle’s 0-100km acceleration time is only 2.59 seconds,top speed is 255km/h.

At the moment the factory did not disclose basic data of battery type, capacity, and charging time. From the current data, it can be known that the NEDC cruising range of the street edition will be longer than 248miles(400 km). 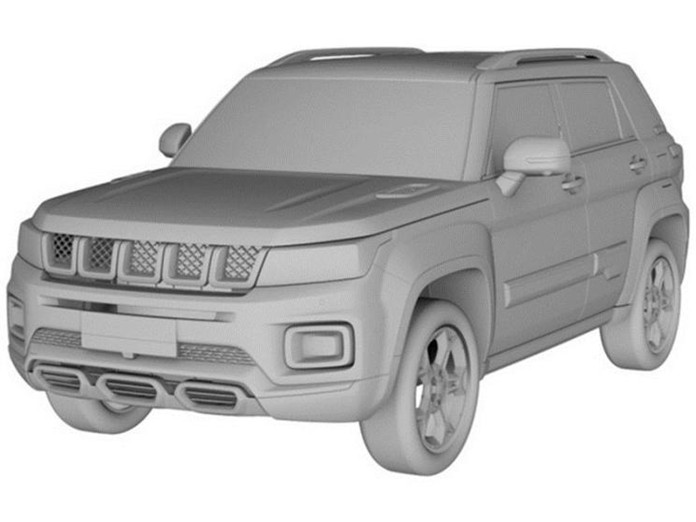