Geely‘s electric vehicle brand Geometry Auto’s new small SUV, Geometry E, made its public debut for the first time. The appearance of the new car adopts a new design language, which is more youthful. The interior will adopt an integrated dual-screen composed of two 10.25-inch full LCD instrumentation + central control screen. The overall visual effect is outstanding. According to previous information, the new car will be listed in the second quarter.

In terms of appearance, the front face of the new car adopts a relatively simple design style, and the split headlight group is also a popular design at present. At the same time, the sharp line design can make the front of the car have a strong three-dimensional sense. The front grille of the vehicle is equipped with a trapezoidal guide groove, which plays a very good role in ventilation and heat dissipation.

At the rear, the new car adopts a similar L-shaped taillight group, with the large-sized trapezoidal license plate area below, so that the overall level of the new car is well improved. According to officials, the Geometry E will be equipped with propeller-style five-spoke low-drag wheels. In terms of body size, the length, width and height of the new car are 4006/1765/1550mm respectively, and the wheelbase is 2485mm.

In terms of interior, the new car adopts a minimalist design style as a whole, and the straight lines of the center console tend to embrace the cockpit design.

It is worth mentioning that the car will use an integrated dual-screen composed of two 10.25-inch full LCD instrumentation + central control screen, with outstanding texture. At the same time, the top of the instrument panel is also equipped with an interactive function light called “Light of Inspiration”. When “conversing” with the driver and occupant in the car, the change of color and light effect will remind the user of the vehicle’s unlocking, charging and starting status, and at the same time It also has functions such as welcome light, farewell light effect, and breathing display.

In terms of power, the new EV will be equipped with a drive motor model TZ160XS601 produced by GLB Intelligent Power Technologies, with a maximum power of 60 kilowatts and a maximum torque of 130N m. In addition, the new car is equipped with two capacity power batteries of 33.5kWh and 39.4kWh, which can bring the car a cruising range of 320km and 401km respectively (the test standard is unknown). In addition, the car will also support L2-level assisted driving functions. 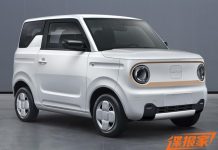 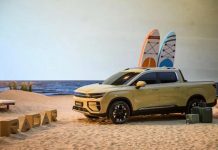 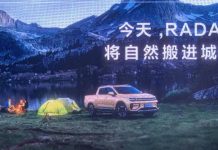 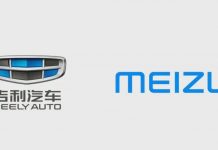