On March 15, a media report stated that Zhu Jiang, vice president of user development of NIO Automobile, will officially step down and be transferred to a consultancy post. Wang Yan, an official from the public relations department of NIO issued an official statement to the contrary.

The rumor comes hot on the heels of the company’s turmoils dating back to 2019 and the departure of top executives that included co-founder, Zheng Xiancong; software vice-president, Zhuang Li; and CFO, Xie Dongying, among many others.

Zhu Jiang joined the company in 2017 and his job is responsible for the “user section.” Even before joining NIO, Zhu Jiang has proved his marketing ability in the 17 years he has spent in the automotive industry. He has worked for most of his career at BMW where he has also risen from the sales consultant to become a market operator of the MINI brand.

From 2008 to 2009, he took over the MINI business, responsible for the MINI localization marketing. Zhu Jiang also became the youngest vice president of BMW Brilliance and BMW China. During his five-year tenure as brand director of MINI, he made the car a niche product, selling tens of thousands every month.

He was transferred to the new ZINORO brand of Brilliance-BMW in July 2013. Three months later, he resigned and transferred to Amazon as vice president of Kindle brand marketing. Less than a year later, in July 2014, Zhu returned to the automotive industry, joining Lexus (China) as deputy general manager, responsible for branding, marketing, and other promotions. Subsequent sales of Lexus in China rose to nearly 110,000 in 2016 from less than 80,000 in 2014.

The organizational restructuring may have prompted his departure in 2016 when the executive deputy general manager of Lexus (China) merged the public relations and marketing departments into a marketing promotion department.

Zhu Jiang’s current role in NIO is likened to that of an “official spokesperson” present at all the company’s important press conferences. On his personal Weibo, Zhu Jiang wrote this on the eve of the new year: “Where will 2020 NIO go? No answer can be given for a while. But I know in particular that the hardships of 2019, for this company, for this team, to myself, I am grateful. It gives us a sense of stability and strength that we have never had in our hearts. This has become the driving force behind our continuous progress.”

So if Zhu Jiang really leaves NIO this time, it will be another major blow for NIO. Because since Zhu Jiang joined NIO in 2017, what he has been responsible for is the “user section” on which NIO relies on survival and forms a huge differentiation advantage with other brands. As for the follow-up effect, NIO has created the highest “viscosity” user group among its own brands, and they have become the key elements to support NIO ’s continuous development. 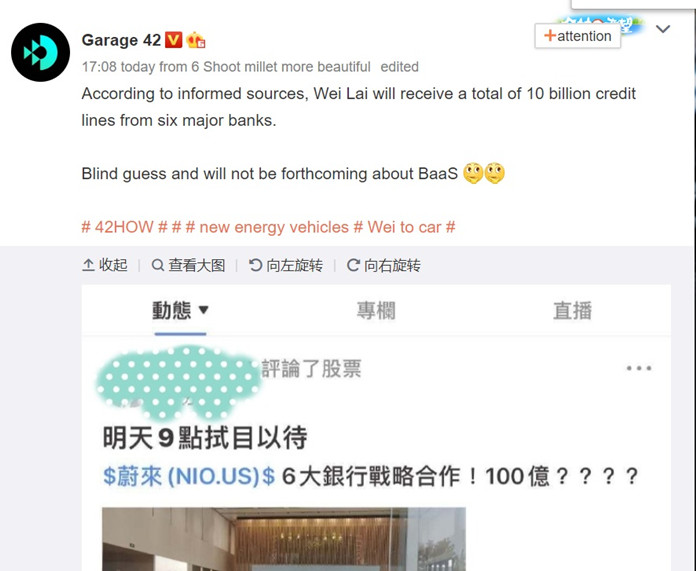