Recently, some Chinese media exposed a set of spy photos of Chery T26 without camouflage. According to previous news, Chery T26 is positioned as a medium-sized SUV, the price is expected to be at the level of 200,000 yuan.

There are only two pictures of the uncamouflaged road test spy photos exposed this time, one is the front of the car and the other is the side. Judging from the exposed spy photos, it is featured with an all-new design style. The front face is quite different from other Chery models. The large-sized polygonal mid-grid grille adopts the design of straight waterfall grille; The shape is relatively sharp, and it is expected to use a matrix light source; the shape of the front surround is relatively special, and the black trim does have a bit of a “moustache” flavor.

Its length is expected to be more than 4.8 meters. Although the lines on the side of the body are relatively straight, they are slender enough, so it looks more beautiful and generous. There are several other details worth paying attention to, namely, the hidden door handle that reduces wind resistance and enhances the sense of technology; the window trim is painted in a younger black; the rim adopts a five-spoke V-shaped design. The style is fashionable enough, and there is no lack of sports sense.

Judging from the previously exposed spy photos, its tail shape is relatively flat, and its design is between conventional urban SUV and sports SUV. Although there are no bar-type taillights, the decorative panels inlaid between the taillights can connect them well. In addition, the visual effect of the LED taillights is quite good.

Earlier spy photos of its interior were also exposed. It can be seen that its interior looks very close to Chery Yaoguang, and adopts the latest family-style design. The dual-screen design is very eye-catching. The shape of the steering wheel is similar to that of the Tiggo 8 PRO, but the multi-function buttons are replaced by touch-type buttons, which greatly enhances the sense of technology. In addition, it can be seen that there are multi-function buttons in front of the center armrest, and there seem to be gear shift paddles and HUD head-up display behind the steering wheel.

As for power, there is no accurate news yet. It is expected to be equipped with Chery’s 2.0T Kunpeng engine. Currently, this engine is installed in the Tiggo 8 series, with a maximum power of 187kW and a peak torque of 390N m. A plug-in hybrid version is also expected in the future. 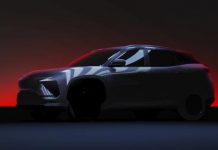 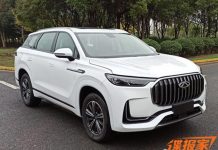 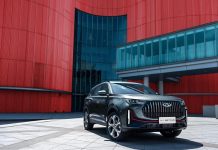 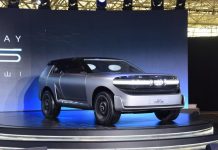