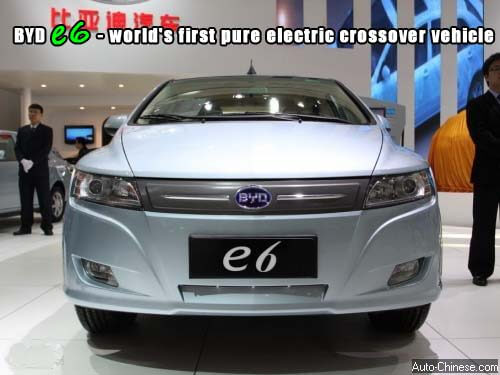 BYD E6 is a pure electric production model, it belongs to crossover model, its appearance combines with the characteristics of SUV and MPV, the large body set up in only 5 seats. BYD E6 was build on BYD F6’s platform, body size are 4554/1822/1630mm, wheelbase is 2830 mm. 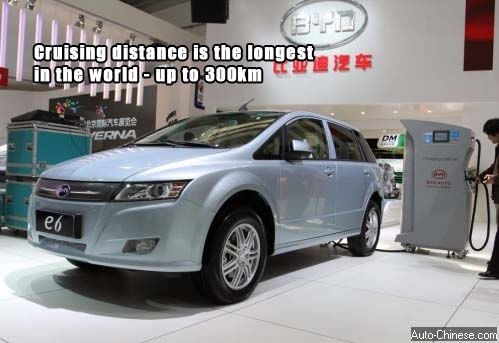 BYD E6 uses Iron Battery technology, which carries ET-POWER Iron Battery, cruising range is over 300 km, it is the world’s most powerful pure EV in cruising range, power consumption per 100 km is less than 18 kwh. It only takes 15-20 minutes in boost charge then battery capacity can be up to 80%, and it takes 1-2 hours normal charge.

BYD E6’s maximum speed can be up to 160km / h, 100km/h acceleration time is within10 seconds. The Iron Battery used on BYD E6 will not pollute environment, all the chemical substances contain in it can harmless absorbed in natural environment , sound manner decomposition and it has been tested in high temperature, high pressure, impact and other experimental tests, safety performance is very good, it will not never explode.

According to BYD’s relevant source, E6 pure EV has been passed the national mandatory crash test, and it is close to mass production. It’s going to be exported to USA market in the second half of this year. The price will be nearly 30,000 US dollar.