From the official map, LYNK & CO 03+ is mainly surrounded by sports kit, including optional carbon fiber front lip, front grille, and a new style 19-inch two-tone spoke wheel, rear diffuser, carbon fiber rear spoiler, and bilateral four exhaust pipes. It is worth mentioning that LYNK & CO 03+ is optimized by the air kit, the drag coefficient is basically the same, but the maximum downforce is increased from 11kg to 40kg in max. speed, which greatly improves the stability and performance.

From the previous declaration information, LYNK & CO 03+ features 18-inch double-five-spoke rim as standard and a choice of carbon-free fiber surround + small-size rear spoiler. In addition, the new car will also be equipped with the 6 (front)+ 6 (rear) parking radar, black or body-color door handles, panoramic images and so on. 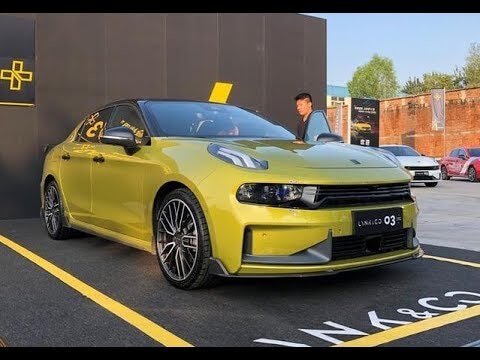