The reputation of Geely Auto has been established very fast in recent years. Now it has been completely different from those of previous years. The models like Geely Vision Series, Geely Emgrand and Geely Bo Yue （Emgrand X7） are deeply loved by Chinese people. Geely has few opponents in terms of quality control and comfort at the same level.

Now Geely has successfully entered the MPV market. Perhaps it was the over-success of the Buick GL8 in the past few years. Many car makers are all envious of the eyes, so they have begun to enter the home MPV market, like GAC Trumpchi, BYD, SAIC Baojun. They are all relatively popular MPV car companies on market. Recently, Geely has also launched its total new MPV model Geely Jiaji (Code Name: VF11) with total 11 models, 6MT/AT, PHEV, Mild Hybrid, price covers from 99,800RMB to 182,800RMB

The front face of Geely Jiaji has an integrated suspension design, which is dynamic and fashionable, The highly recognizable family-style expanding cosmos grille identity, with a V-shaped chrome trim, cleverly blends with the meteor’s wing headlights on both sides to create a large V-sharp with a tension front face.

In terms of space, the length, width and height are 4706mm, 1909mm, 1690mm (PHEV version is 1713mm), wheelbase is 2805mm. Geely Jiaji will introduce three seat layout models, 2+2+2, 2+2+3, 2+3+2, to meet the space needs of each family. In the three seat layout models, the third row of seats can be reversed forward, the trunk volume can be expanded up to 845L. The 2+3+2 seat layout models can realize 1800L oversized luggage space after being put down at the same time. It also adopts the unique dual-channel access mode of the same level, which provides convenience for the third row of passengers to enter and exit. 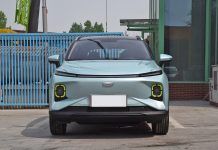 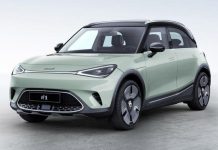