Recently, Li Bin, founder, chairman and CEO of NIO(Weilai), said in an internal mail that Zheng Xiancong, co-founder and executive vice president of NIO, officially retired. However, Li Bin stressed that Zheng Xiancong will continue to serve as his personal consultant after retirement, and support the company in the supply chain and partnership. In addition, Zheng Xiancong will continue to serve as the chairman of XPT, guiding the development of XPT from a strategic perspective.

The 61-year-old Zheng Xiancong is a veteran of automotive industry. He joined NIO as co-founder and executive vice president in 2015. He previously served as vice president of Fiat China Global Purchasing Center and general manager of GAC-Fiat, worked for Ford for many years.

However, some insiders believe that this is a manifestation of the ” Wave Of Resignations ” of the NIO executive team, that is, Zheng Xiancong is not really “retired”, but intends to resign from NIO. At the end of June, Zhuang Li, vice president of NIO Software Development (China), also officially left.

Since the beginning of this year, NIO has been subjected to various pressures: frequent stock price changes, spontaneous combustion accidents, financial pressure, etc., and the most direct impact is reflected in sales. According to official data, in July, NIO delivered a total of 837 new vehicles, down nearly 38% year-on-year. Among them, the NIO ES6 delivered 673 units, and the NIO ES8 delivered 164 units. As of the end of July, NIO delivered a total of 19,000 vehicles, of which 8,379 were delivered in 2019.

Li Bin said that the decline in the delivery volume of NIO in July was mainly affected by factors such as vehicle recalls and new energy subsidies, and its delivery target for August was set at 2000-2500 units. 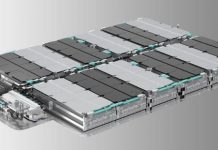 NIO to develop its own power battery, invested 220 million to build R&D center including a cell production line

NIO: The Hefei base is gradually resuming production, and subsequent production depends on the supply chain situation