I believe that many friends have already heard about Riich G5‘s story Nurburgring. I will first quote the following reports in a section of text in Guangzhou Motor Show “Nurburgring Edition G5“, to be a technical description –

“Chery did a sensational stir, to send G5 (which had not launched yet then) to Nurburgring track to run a lap, I believe many fans know what it means in Nurburgring, it is the world’s the Holy Land where many high performance car will go to worship. Chery G5 not only ran a lap, but also got a high score which the result is less than 9 minutes (8 minutes 56 seconds), well,we find a more familiar “reference” – the previous generation GTI with DSG is only 3 seconds faster than G5‘s.

Use 18-inch Team Dynamics wheel with Yokohama’s Advan sport 225/40ZR18 tire, the modification seems not to go beyond limit, tire are still high-end products of street tire. Braking system should have been changed a bit by comparing with mass-production G5: the large calipers and ventilated discs are adopted, but did not find the origin.

We see a air duct from the front suspension part, that is used for the brake disc cooling and ventilation to improve braking performance, while body reinforcement has also done below the engine.

After reading this description, we should know that 8 minutes 56 seconds is not original Riich G5‘s performance, it does somewhat prove the strength of G5. In my test drive G5 (of course, the street version), I find out more about the causes behind this result. First of all, G5’s chassis really has the advantage, usually the more complex the suspension structure, the more easily calibrate the desired effect (because more parameters can be calibrated), G5’s front dual-wishbone, rear multi-link post is very complex, they are both good Suspension types in calibrating. So it would be not a surprise by calibrated from LOTUS. Secondly, G5 the 2.0T engines have a very good drive ability, which has a flat and strong power output characteristic but it is difficult to tame than those stimulated dynamic temperament, more suitable for actual combat in the Nurburgring. Furthermore, although G5 is the first autonomous vehicle to set foot in Nurburgring, other international brands have already done a lot of publicity in Nurburgring. I found that cars can run as fast at the Nurburgring are not necessarily very characteristic and very fun to drive, the strength to run at Nurburgring track is – car handling characteristics can not be too restless, power and chassis to be strong, but also stability and smooth. The last paragraph gave me the impression the car is Cadillac’s CTS-V – Nurburgring record four-door sedan creator score was 7 minutes 59 seconds. 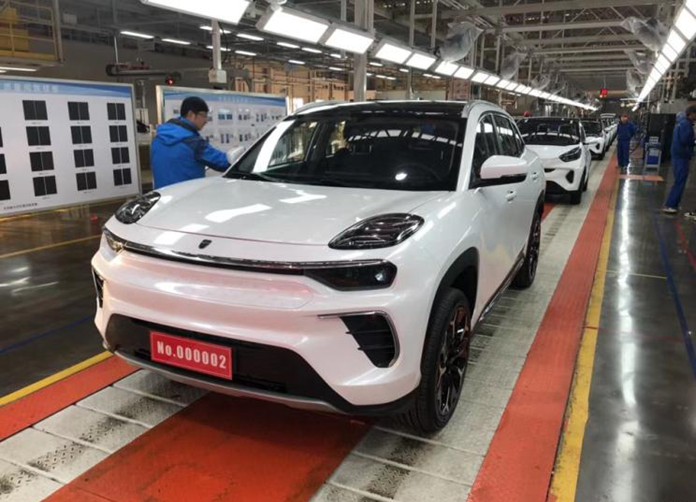