Established in the 1980s, YEMA AUTO is a native automobile brand in Sichuan, China. On January 18th 2019, the low-speed electric vehicle company LEVDEO Electric Vehicle and YEMA Auto held a strategic restructuring signing ceremony, and announced that LEVDEO completed the restructuring acquisition of YEMA Auto. At the press conference, the leaders of YEMA Auto made clear plans for the two brands, YEMA and LEVDEO. Among them, the new YEMA will focus on passenger cars above A0 level.

As the first model after the restructuring of LEVDEO and YEMA, YEMA Bojun has received much attention. Based on the CEEA platform, the second-generation car platform of YEMA Auto, YEMA Bojun is the first SUV model under the platform.

In the exterior part, YEMA Bojun front part is powerful, the intake grille adopts a three-position design, which is integrated with the headlights on both sides. All models are equipped with far and near light integrated halogen headlight + LED daytime running lights, which basically meet the mainstream market configuration standards.

On the side of the body, YEMA Bojun uses a two-color body, black painted on the window line, red painted on the bottom, contrast color makes it fashion.

It measures in 4360/1830/1680mm, wheelbase is 2550mm. The length of the body is superior to competitors of the same class, the wheelbase remains the same level.

YEMA Bojun will be powered with 1.5L naturally aspirated and 1.5L turbocharged engine, of which 1.5L engine has a maximum power of 82kW, peak torque of 145 Nm, matching 5-speed manual transmission; maximum power 115 kW of 1.5T engine, peak torque is 215 Nm and matches the CVT gearbox. 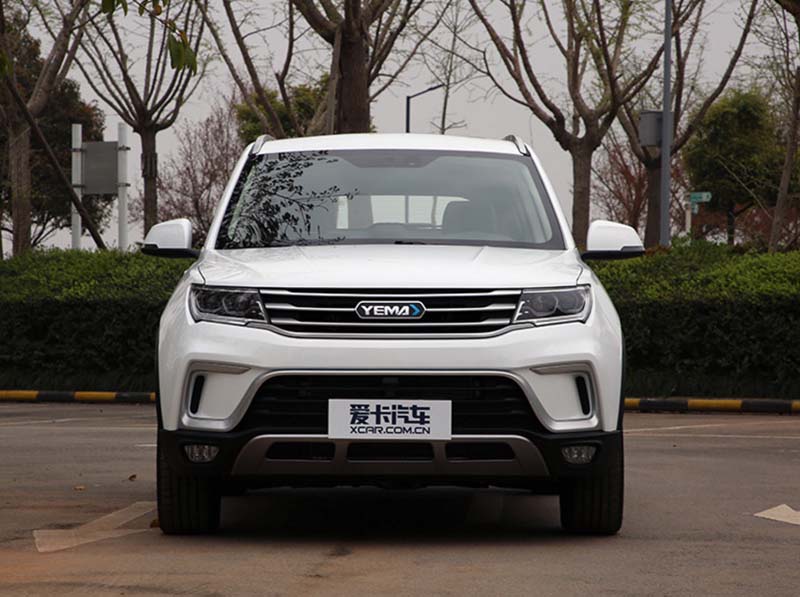