SWM was once a motorcycle brand in Italy, it was acquired by Chinese company in later 2014. SWM Motors has launched several models in Chinese market such as SWM G01, SWM X3, X7, all of them are SUV, SWM G05 slots in between G01 and X3.

The SWM G05 featuress SWM’s latest family design language similar to the G01 model, and the overall shape of the car is fashionable, the overall line is relatively straight, one of the waist lines runs from the front wheel eyebrows to the rear tail light group, making the car look more compact. In the tail part, the highlight is the popular bar-style taillights, which is more recognizable. In terms of body size, the length, width and height are 4710/1855/1770mm, wheelbase of 2750mm, the trunk volume can be expanded to 1920L.

In the interior part, SWM G05 adopts a brand-new design, which is obviously different from the SWM G01. Among them, the central console features a 12-inch large screen.

In terms of technology configuration, SWM G05 will be equipped with E-go 3.0 car networking system, including intelligent voice control system, fantasy starry UI interface, LCD instrument display system, etc. At the same time, its air-conditioning air outlet adopts a vertical shape, with a combination of chrome-plated elements, the visual effect is outstanding. In terms of safety configuration, the ADAS driving assistance system, AUTOHOLD, side air curtains, and HD 360 panoramic images will all appear on the SWM G05.

In terms of power, SWM G05 will be powered by both 2.0L and 1.5T engines, of which the 1.5T engine has maximum power of 156 ps and peak torque of 230 Nm. In terms of transmission, the 1.5T model will be available with 6MT and 6AT gearboxes. The 6-speed manual transmission is from Dongan. The 2.0L model will only available in manual transmission and comes standard with a 5-speed manual gearbox. In terms of chassis, it features front McPherson independent suspension, and the rear torsion beam non-independent suspension.

SWM in Chinese say “斯威汽车”, SWM was once a motorcycle brand in Italy, in 2014, Chinese private enterprise SHINERAY(Chinese say “Xinyuan”) Holdings went to Italy to acquire the SWM brand and established a car design center in Milan, Italy. Not to mention the SWM car, even if it is SWM’s off-road motorcycle, few people have seen it in China. In the case of such a so-called European famous brand, there is no mass base in China. Anyway, Although SWM has European Italian origin, SWM has become a Chinese auto brand. 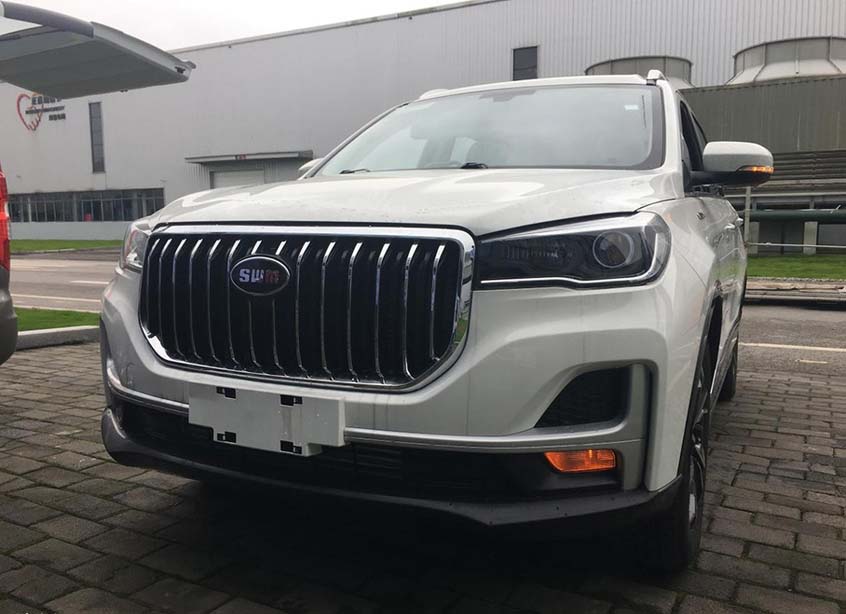