SAIC MAXUS EUNIQ 5 is the previous MAXUS EG50 model, the appearance of the vehicle is similar to the design of the fuel version (MAXUS G50). However, blue elements representing new energy vehicles have been added to the front and rear. The larger size is added below the front surround of the vehicle.

In terms of bodywork, the roofline is relatively straight, which is conducive to creating a spacious internal space. The use of multi-spoke gray wheels also highlights the sense of movement. At the rear, the lines are very straight, and blue trim is added to the bottom of the tailgate. At the same time, there is a chrome decoration across the rear of the taillights. In terms of size, the new car’s length, width, and height are 4825/1825 / 1778mm, and the wheelbase is 2800mm, which is consistent with the fuel version.

The interior of the vehicle is basically the same as that of the fuel version. The dark center control panel and silver trim strip enhance the texture. In addition, the entry trim model is equipped with a mechanical instrument and an 8-inch central control screen, while high trim models use a 7-inch LCD instrument panel and a 12.3-inch floating touch screen, and is equipped with a “Zebra Zhixing system.”

In terms of power, MAXUS EUNIQ 5 is powered by a motor with maximum power of 177 horsepower and peak torque of 310 Nm. It is equipped with a 61.1kWh ternary lithium power battery pack, the maximum range of NEDC is 420km.

SAIC MAXUS EUNIQ 6 is based on SAIC MAXUS MERA intelligent and extendable mid-size vehicle platform, the new car has many similarities with SAIC MAXUS D60. Like EUNIQ 5, the vehicle also provides both EV and plug-in models, the new car has also been optimized for some details of the design, thus highlighting its own identity of new energy vehicles.

In contrast, MAXUS EUNIQ 6 PLUG IN adjusts the intake grille on the basis of the traditional gasoline car. The added blue decorative strip emphasizes the new energy identity. At the same time, the blue decoration is also added to the headlight group. In addition, the shape of the new car is basically the same as the fuel model, it is even equipped with the same 19-inch wheels.

The pure electric version cancels the air intake grille style on the plug-in hybrid version, which makes the vehicle’s shape more technological and futuristic. It also uses all-LED headlights and the visual effect is very fashionable. In addition, the new car will also be equipped with individually designed low-air resistance wheels, bilateral exhaust layouts have been canceled and changed to chrome-plated decorative design. In terms of size, the two models are consistent, with length, width and height of 4735/1860 / 1736mm and wheelbase of 2760mm.

In the interior layout, both EV and plug-in models have the same design. The 12.3-inch full LCD instrument, head-up display and 14-inch center console display greatly enhance the technical sense of the vehicle. In terms of materials, the vehicle is wrapped in leather, with seat stitching and Alcantara fabric. The 14-inch central control display adopts touch design, embedded with Zebra Zhixing Internet System 3.0.

EUNIQ 6 is powered by a motor with a maximum power of 130kW (177Ps) and a peak torque of 310 Nm. The power battery is a ternary lithium battery provided by CATL. The battery capacity is 70kWh. It has the latest generation of battery heating management system and battery management. The system supports the fast charging mode, the NEDC range is 510km.

MAXUS D60 Will Be Ready In China Market Soon 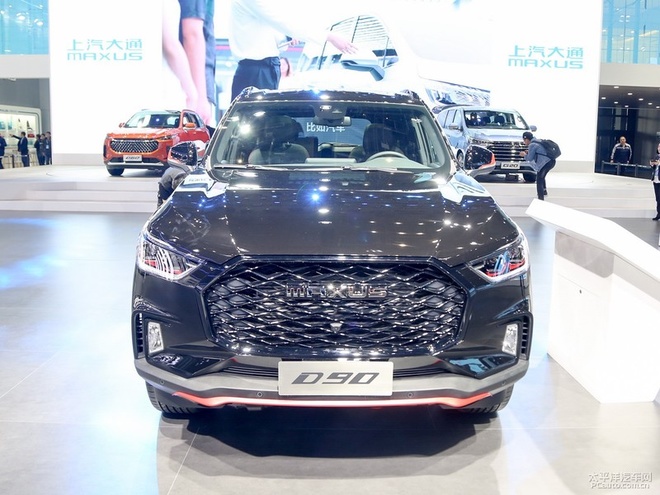