On June 16, GAC New Energy Aion V was officially launched in the Chinese market, the new car was positioned as a pure electric 5-seater SUV, it is also the 3rd EV in AION lineup after AION S and LX, and the 2nd pure electric SUV, its first pure electric SUV, AION LX, was launched last year. AION V is offered with total of 13 models, the price range after subsidy is 159,600-23,900 yuan. pure electric range can reach up to 600km under NEDC and is expected to be delivered in July.

GAC AION V is a compact SUV positioned below AION LX. The body design of AION V is full of new ideas. The official said that the front face adopts the design language of “Mecha Beast”, and more vertical lines increase the momentum of the whole vehicle. The use of split headlights improves the recognition of the front face, and the closed grille design caters to the identity of its pure electric car. The side of the body uses a hidden door handle design, and the front low and high waistlines with the floating roof make the side look more sporty.

Compared with the changes in appearance, the interior of the car is highly unified with the AION LX, but there are still many differences in some details. For example, the integrated control panel of the instrument has canceled the bending design, and the air outlet is used. “Double-layer flow” design, hidden under the central control platform is the car’s unique “Chinese medicine fragrance system”.

Interior of AION V adopts the design concept of “Whale Space” Pro, by reducing the mechanical space of the vehicle as much as possible, and using a pure electric exclusive platform, the ride and storage space in the car is improved. After the practical experience, its riding space is very considerable, especially the rear row has very sufficient leg space, and the rear floor is a flat structure, and the availability of the middle seat is relatively high. 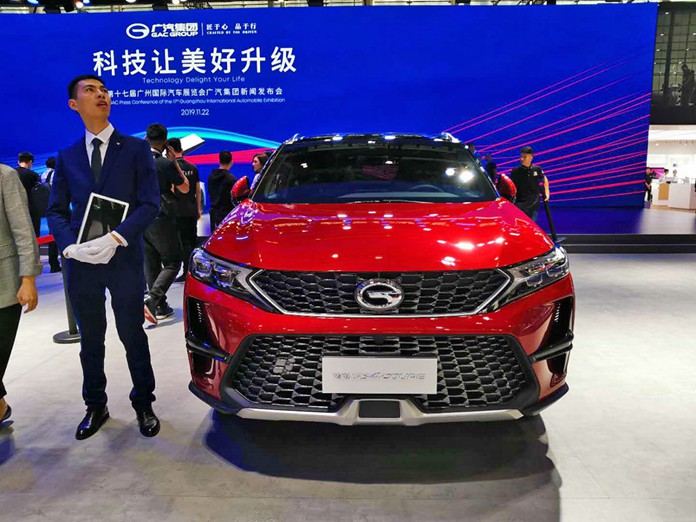