Until December 14, 2021, Toyota held a press conference and staged a drama that shocked the entire automotive circle: announcing an investment of US$35 billion in research and development of pure electric vehicles, and disclosed the electric vehicles in the next 10 years in one go planning and 16 upcoming pure electric models, of course, most of them are concept cars. Among them is our protagonist today, based on the e-TNGA pure electric exclusive platform – Toyota bZ4X.

Toyota bZ4X is finally debuted in China by FAW in advance, this all new pure EV is derived from the Toyota e-TNGA architecture. It is positioned as a compact pure electric SUV, and the overall style is a sports coupe style. It is reported that the car is planned to be put into production in June 2022 and is expected to be officially launched within the year, mainly competing with the Volkswagen ID.4.

The bZ4X is the second pure electric SUV model launched by FAW-Toyota in the Chinese market after Toyota IZOA E Jinqing. The length, width and height are 4690/1860/1650mm respectively, it is still the level of a compact SUV. However, the wheelbase of 2850mm is the same as that of Land Cruiser and the newly launched TANK 500 from Great Wall, and it is 160mm longer than RAV4. Moreover, the car is also a twin-car strategy in the Chinese market. Not only FAW Toyota will have it, but GAC Toyota will also have the bZ4X model. The size and style of the two sister cars are not much different.

In terms of details, the new car incorporates a large number of exclusive design elements for new energy vehicles, and the combination of the closed front grille and dot-matrix headlights fully highlights the positioning of its pure electric vehicle. In addition, the lower surround and four fenders of the new car are designed with black panels, which look younger and more personalized.

Coming to the side, the new car adopts a large inclination tail design, with black luggage rack, black exterior mirrors and two-stage rear wing, creating a visual effect of the appearance of a sports coupe SUV. In addition, the bar-type taillights at the rear are also a fashionable design that young people like to see today.

In the interior, the central control layout of the new car is quite different from that of Toyota’s current fuel vehicles. The pure black color + beige seats are Toyota’s “home style” as always. The full LCD instrument panel is positioned very forward, and the three-spoke steering wheel style is relatively novel, the right floating screen not only has multimedia functions, but also incorporates a touch air-conditioning control module below.

It is worth mentioning that the new car also adopts a knob-type shifting mechanism, which is the first time it appears on a new Toyota car. Without the mechanical shift lever, more abundant storage can also be integrated between the central control and the armrest. object space.

In terms of power, the car has two power forms: front-wheel drive and four-wheel drive. The front-wheel drive version has a maximum motor power of 150kW (204Ps), and the acceleration time 0-100 km/h is 8.4 seconds. The four-wheel drive version adopts a front and rear dual motor design. The maximum power of each motor is 80kW (109Ps), the acceleration time is 7.7 seconds. This specs are not really good among electric vehicles of the same level in those Chinese brands, but thanks to the high torque and strong output characteristics of the electric motor, we believe that the feeling of this new car in terms of body sensation should not disappoint.

According to previously exposed information, the car will be equipped with a 71.4kWh capacity battery pack, and the WLTC operating conditions of the front-wheel drive and four-wheel drive models are 500km and 460km respectively. In addition, the car also supports 150kW fast charging, which can charge the car to 80% in 30 minutes. Not only that, in order to reduce emissions while extending the battery life, the bZ4X also supports the optional panoramic sunroof with built-in solar panels, making a modest contribution to its cruising range. 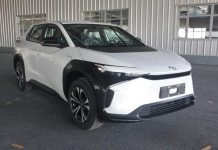 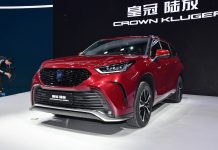 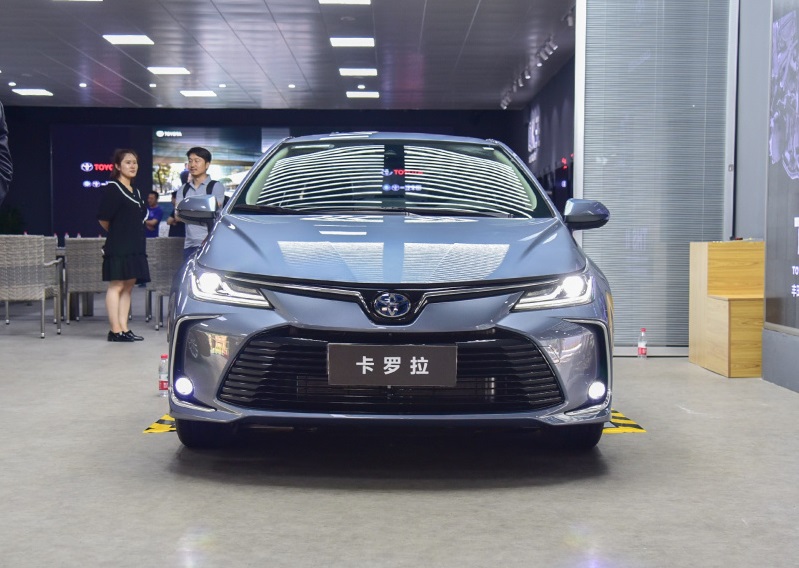