There were many reports on the internet that Huawei and SERES are going to introduce a new vehicle. It will be the second vehicle that Huawei Smart Selection will be launching in cooperation with SERES AUTO. Source reported that it’s 2nd EV will be named as “AOTU”(Chinese spelling by its Chinese name “傲图”).

It is said that the cooperation method adopted for the upcoming vehicle will be different from the method adopted for Huawei Smart Selection SERES SF5, which was released in the first half of the year 2021. That is, for the previous model, Huawei was only a supplier (smart car solution provider). According to the sources, for the upcoming model, Huawei will be handling starting from designing to marketing, they will also handle sales and after-sales service. SERES will be only responsible for production.

To make it clear, the whole process is like Huawei buying the whole SF5 series except for the manufacturing process. By adopting this method, Huawei did not break its promise of not building cars. There was a question being asked to Huawei, which was “is SERES Auto the next car of Huawei?” The relevant person in charge of Huawei’s smart car division replied to the media that you wouldn’t have your own new car if you didn’t build a car.

There are reports that the new car will use a complete set of Huawei smart car solutions during the manufacturing process. You may wonder why these were absent on the SERES SF5. It is because this car was manufactured when the cooperation was finalized.  Because of this, Huawei has limited space to play with the vehicle. It could only add some intelligent parts that can be installed aftermarket. But Huawei deliberately started the cooperation for the upcoming SERES Auto from the beginning.

According to the data from the Travel Federation, since the launch of SERES SF5, the manufacturer’s cumulative sales from April to September totaled more than 3,000 vehicles. It is a significant increase compared to the previous period, but it is still far from the industry’s expectations.

Even though Huawei does not build cars, they are indeed looking for different ways to take the automotive sector. The upcoming SERES Auto is more like a sample for partners to promote and attract more cars. And those enterprises enter Huawei’s automotive ecosystem. Reports were claiming Huawei is planning to bring a 7-seater SF7 SUV from SERES AUTO. It will be equipped with its full-stack smart car solution technology.

It is reportedly coming in two variants, and the pricing for the base variant will start from 300,000 Yuan. The top variant is expected to start at 500,000 Yuan. In addition to SERES, the official also stated that the delivery of the ARCFOX Alpha S Huawei HI version (an EV from BAIC) would start from the fourth quarter of 2021. It is also expected to enter the Huawei sales channel. However, there are not many reports about Avita. For this, Huawei is cooperating with Changan Automobile and CATL. 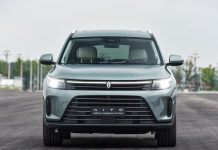 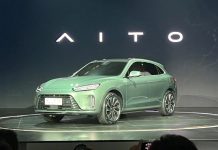