ICONIQ Motors debuted its new concept car the ICONIQ MUSE, ICONIQ MUSE concept car features unmanned technology and is powered by pure electric drive. It is also equipped with an L4/L5 automatic driving system. According to relevant sources, ICONIQ MUSE is expected to be on the road during the 2020 Dubai World Expo, ICONIQ Motors is working with Microsoft and AKKA Technologies to develop a MUSE test fleet with level-4/5 autopilot capabilities, which will also be shown.

The name “Muse” is taken from the Greek goddess of inspiration, the new car is designed with a sci-fi design. Appearance of ICONIQ Muse is based on the team of Ralph Debbas, founder and CEO of W MOTORS. The headlights of the new car have the same recognition as the ICONIQ SEVEN (The first EV from ICONIQ that is going to be mass production), and the lines next to the headlights are also very distinctive.

In the interior, the front of ICONIQ Muse has a rotational seat for easy conversion to conference mode. With two large screens and four personal tablet PC, as well as the CEO user experience platform, users can connect personally.

It is worth mentioning that, according to official, ICONIQ Muse is committed to reaching the L5 autopilot capability , ICONIQ Muse should be able to deal with the mistakes that other drivers are expected to make, start and stop when traffic jams, and it is able to find parking spaces, slow down parking and avoid getting parking tickets.

Founded in 2014, ICONIQ Motors was founded by the founder of W Motors Mr. Wu Nan and Ralph Debbas. Headquartered in Tianjin China, it currently has branches in Beijing and Shanghai. Based on the successful experience accumulated in the process of creating W Motors, Mr. Wu Nan led the team that successfully built Lykan Hypersport back to China. This internationally renowned team includes many international car master from Magna and Turin studios Italy. ICONIQ Motors commit to developing pure electric vehicles that focus on the passenger experience.

At the 2019 Shanghai Auto Show, president Wu Nan announced at the press conference that ICONIQ Motors received strong support from the Tianjin Municipal Government and jointly with Tianjin government created a new company in Tianjin. The factory of ICONIQ Motors is located in Zhaoqing, Guangdong Province. it will invest 16 billion yuan in the production and research and development of new energy vehicles in the coming five years.

ICONIQ Motors also announced Dr. Bi Fukang (Dr. Carsten Breitfeld, German who has a Chinese name “毕福康”) joined ICONIQ as CEO on 2019 Shanghai Auto Show, who has more than 20 years of experience in the automotive industry, he has held several senior management positions in chassis development, transmission system development, and product strategy BMW i8 project director during his 20-year career in BMW. Dr. Bi Fukang was the CEO, Chairman and co-founder of BYTON Auto, which is also a new EV maker in China. 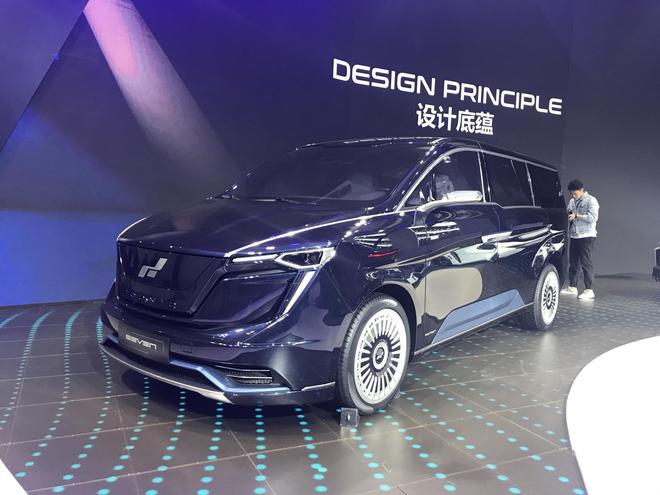