SQR480 Engine is designed by BMW and assembled in China, The TRITEC edition is the Original Design from BMW 3 series, the performance is much higher than Mitsubishi 4G16, The TRITEC edition was volume production at 2005, the max power is around 90kW. The power of SQR480 is a little bit lower than TRITEC edition, it is 70-80kW.

SQR480 was Introduced by American Ford engine production line, it was first equipped on Chery Fulwin, it is now the 5th generation after the continuous improvement. The performance of the engine is very stable, it adopts Single Over Head, 8 valves structure, technology is not very advance, the max power is 71kW, the max torque is 140N.m, it is a little bit lower than it’s initial version due the to emission targe. 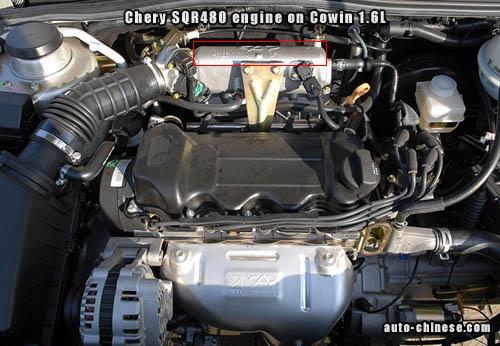 These are some comments from the drivers who are using SQR480 engine at the moment:

* The technology of SQR480 is from Ford, there have been several improvements by Chery, the technical qualification is very closed to Jetta’s 1.6 – 8V engine.

* Torque is a little bit weak in low rpm, the performance is good in high rpm, the limit speed is around 190km