In recent years, with the rise of Chinese vehicle brands, many car companies in China have launched flagship models, not only to increase sales, but also to maintain its market dominance. The CS95 SUV launched by Changan Auto is one of the earliest flagship models in China, due to the increasingly younger consumer trends and diversified car demand, so Changan launched the new 2019 CS95.

It got new bumpers, new lights, new wheels, new side skirts, a totally new dash, and of course it got a brand new and daring giant shiny grille. It also got a new two-tone paint scheme with a black roof and a white C-pillar. We have already reported the launch of CS95 and introduced the appearance and interior in our previous report: CHANGAN 2019 CS95 Is Ready In Market

Today we have you more detailed review and test drive for the brand-new 2019 CS95.

We have always believed that the L2 advanced driver assistance system is not a unique technology of Tesla. Of course, higher-level autopilot systems may do better for some new energy vehicles, but fuel vehicles can be also done well in the L2-level advanced assistance driving features.

The new 2019 CS95’s advanced assistance driving function won the unanimous approval of our test driver during the test drive in these days. The leading integrated Adaptive Cruise Control system (iACC) has the functions of single lane automatic assistance driving, traffic congestion assist, automatic deceleration while cornering, tunnel/ramp pre-decelerating, etc., it is the first to achieve the L2 level intelligent driving level in the same class in China.

The distance in the above picture is the following distance for adaptive cruise setting.

2019 Changan CS95’s advanced assistant driving function is almost able to realize the autopilot by vehicle itself in full range speed. It can realize L2 level assistant driving in urban congested road conditions, urban express way and high way road conditions. The vehicle’s sensor identification is accurate, CS95 can always keep the lane in the center of road. In addition, If the driver’s both hands leave the steering wheel, 2019 CS95 will continue to issue an alarm signal after half a minute. If there is still no human intervention, the system will turn on the double flash and decelerate to stop, and refuse to intervene in the lane keeping function again before the next re-ignition.

After the vehicle completely stop in ACC mode, the adaptive cruise system can be re-introduced by pressing the buttons on the steering wheel and lightly stepping on the throttle.

Regarding to everyone’s most concerned ACC function in ramp road conditions, 2019 Changan CS95 can pass the right turn itself when the speed is reduced to the speed limit of the ramp. However, it is regrettable that the 180-degree left turn is unable to pass by vehicle itself.

All in all, 2019 CS95’s advanced assistant driving function is no problem in urban expressways and high-speed road conditions.

2019 Changan CS95’s NVH control continues the excellent performance of the outgoing models. In terms of the results of the noise decibel test, the overall sound insulation effect is good, but still a little bit wind noise penetrating the cabin in the high-speed road condition, it is acceptable for such a large nearly 5-meter-long SUV.

The following is the noise decibel test value in 80-110 km/h speed. The test road has a certain amount of water, so the test data is for reference only.

2019 Changan CS95 has the largest body size of 4949mm/1930mm/1790mm comparing to the same-class vehicles, the new CS95 is only available in 7-seater model right now, the overall space is good, the front and rear row and the third row are comfortable.

For the 2nd row seats, it allows to adjust seat backs in multi-angle. The third-row seat is also relatively spacious, an individual air conditioning vent available to ensure the comfort of the third-row passengers. Take the test driver as an example, height of 178cm (5.8ft) , it won’t be so uncomfortable to take a short trip in the third row.

Changan CS95’s Blue Whale 2.0T engine was jointly developed by Chang’an Headquarters and Chang’an UK Center. It was awarded the title of “Top Ten Engine” in China and meets the latest China-VI(CN6) emission standards.
The maximum power is 171kW, torque of 360N·m, it is the most powerful engine in the same class. With Aisin high-performance gearbox, it has good acceleration capability. The internationally leading BorgWarner NexTrac active four-wheel drive technology can actively distribute torque to the front and rear axle according to the road conditions, greatly improving the vehicle’s passability and off-road ability, the 2019 CS95 can cope with most situations during the whole test drive.

2019 CS95 adopts the front McPherson/rear multi-link suspension structure, the overall performance of the chassis is tenacious, which is also the point to highlight the driving quality. The chassis of the new CS95 is relatively tight and can filter certain road bumps. The cornering control is good, the comfort and the sense of movement can be balanced.

The 2019 Changan CS95 is carried with brand-new “InCall” smart car interconnect system that is intelligent with navigation, voice, entertainment, security, remote car control and many other online services. The new 2.0 intelligent interactive system uses voice to control the vehicle, supports recognition of scenes, and has many humanized functions such as multiple rounds of interaction, listening and sound recognition, and context understanding, which can accurately understand the driver’s intention.

The new CS95 also has 360 panoramic image function, the resolution is good, the lens position can be switched through the touch screen, and the 360-degree panoramic driving record function is also standard. 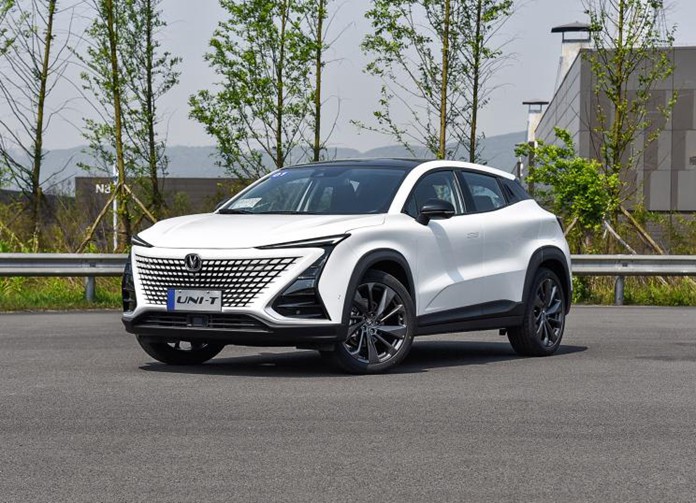