BYD F0 is not like F6 which was created by themselves, and typical Toyota genes is once again inhabit. As the Toyota Aygo and Peugeot 107 are not in the domestic market, we think that there is no necessary to compare them each other. At least, BYD F0 has its family characteristics (such as the front face), while it is no worse than all other mini car including its prototype vehicles. Frankly speaking, it’s a surprise on the quality of such new generation of domestic car.  I was immediately attracted by its texture when the first time I saw it. 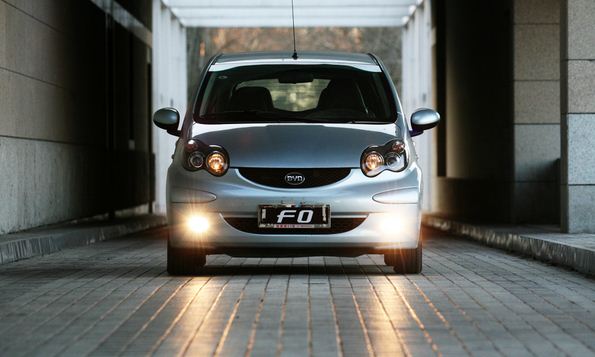 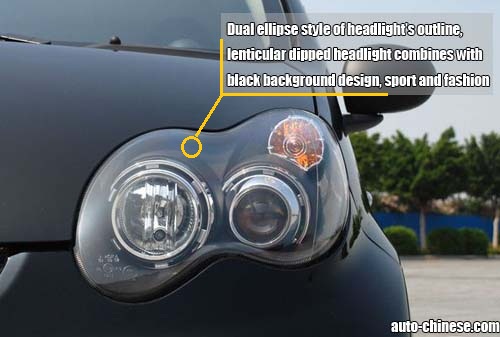 The front windshield glass and the short engine compartment lid form a unified point of view, a single arm wipers is in charge of the huge front windshield clean. As the four wheels are arranged in the four corners of the body, which makes the car look very compact. Although BYD F0’s vehicle length is only 3460mm, because the engine compartment is compressed as small as possible, so cabin crew wins more than enough space. F0’s front door is very large, while the back door is much smaller than the front one, it would be problem in get in and off for an adult males, especially in the winter, where people dress a lot. In addition to there is a problem on back door window, that is the design of the back door window is swing-out style,not the traditional over-and-under, (scientific name should be negative pressure breathin). It will undoubtedly cause some troubles during the summer ventilation. 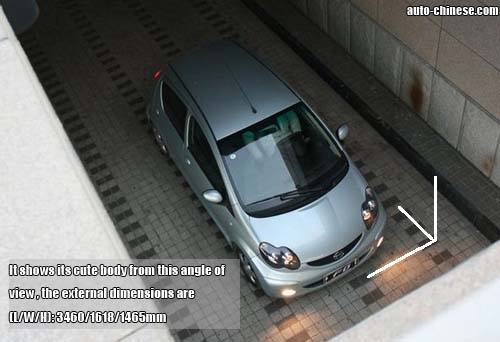 A full glass is used for BYD F0’s trunk, it’s very stylish. However, as a direct result of a very small space is that the opening angle is very high. Of course, for such only 140L small space, minimum 320mm depth’s trunk, not too many things can be put inside if the rear seats do not fold flat. 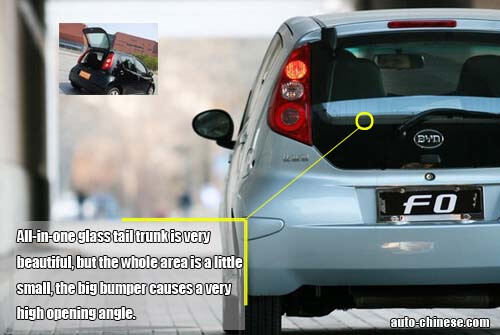 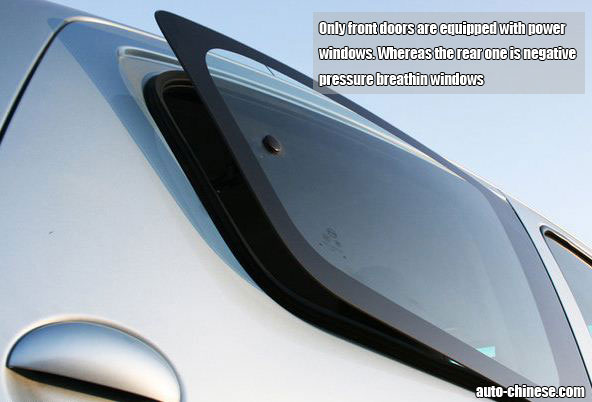