BAIC New Energy EU7 officially unveiled at 2019 Chengdu Motor Show, BAIC EU7 is a pure electric sedan based on BAIC SENOVA ZHIDAO, a fuel model. It is positioned in a mid-size pure electric sedan, the overall size is larger than the BAIC EU5, it is expected to be lauchned on Oct. 2019.

In the appearance part, the outline of BAIC EU7 follows the design style of the fuel version. The details have been revised and replaced with the design elements of BAIC New Energy.

The headlights are designed with a full LED light source. The far and near light is split and equipped with lens. When the light is extinguished, the interior also reveals a refined feeling.

The front grille has been changed to a closed design, a chrome trim strip that traverses the left and right headlights has been added, which widens the lateral visual effect of the front and makes the entire front look more stable.

The Chinese-like old badge used by the current BAIC models disappeared, instead, the new “BEIJING” letter badge has been replaced, it is very straightforward to display the brand of the vehicle.

The overall design of the rear end is also consistent with the SENOVA ZHIDAO, which is very three-dimensional. The tail light is also full LED light source, The width light shows a “U” shape, Both sides of the rear bumper are also “C” shaped, echoing the front of the car, the design features of the EU7 are very clear.

Compared with Model 3, the length of BAIC EU7 is 111mm longer than Model 3, but the wheelbase of Model 3 is much longer than BAIC EU7.

It is worth mentioning that the new car does not use the commonly used knob shifting mechanism, but instead of the electronic gear lever, in addition to the conventional three gears, it is also equipped with a separate P and S gears.

In the power section, the EU7 is powered by a permanent magnet synchronous motor with a maximum power of 160 kW (214hp) and maximum torque of 300 N·m. The maximum rpm of this motor is 11000 r/min, which is the same as EU5. The power battery is ternary lithium material, but it is not disclosed by the battery supplier. The battery pack is provided by Beijing Pride Power, the energy density of the battery system is 144.4Wh/kg. In terms of cruising range, the EU7’s NEDC comprehensive range is 280miles(451 km), the power consumption per 100 km under the conditions announced by the China MIIT is 14.8 kWh/100 km.

BAIC SENOVA Zhidao Changed Its Name to “Zhidao U7” 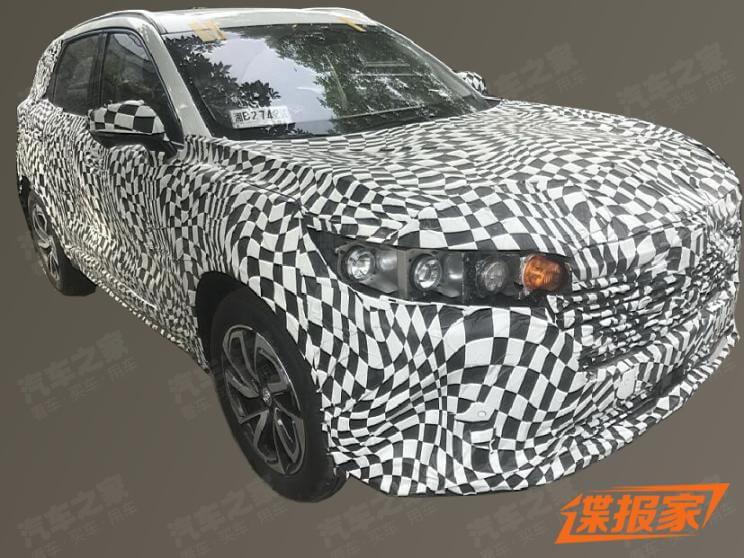