On January 16, at the 2021 China EV100 Forum. The ARCFOX αS, a pure electric car under the brand of ARCFOX, was officially unveiled. The new car is positioned as a mid-to-large sedan, the overall design is stylish and avant-garde. In terms of power, the new car will provide two power and three cruising range versions, and its NEDC cruising range has reached 525km, 603km and 708km respectively. According to previous reports, the car is expected to be available in early 2021.

In terms of appearance, the ARCFOX αS has a sharp and dynamic shape. As a pure electric model, the front of the car features a closed front grille design, with slender and sharp headlights and the shape of the fog light area, making the front face look aggressive. In addition, the combination of the depressed front and multiple raised ribs on the engine compartment cover creates a visual effect of diving.

The side of the body has smooth lines, and the body adopts a hidden door handle design, which brings a strong sense of technology. At the same time, the new car is also equipped with a petal-shaped wheel shape. The rear of the car has a richer sense of layering. The top duck tail shape and bar-type taillights widen the visual effect of the tail, which looks sporty. In terms of body size, the length, width and height of the new car are 4930/1940/1599mm respectively, and the wheelbase is 2915mm.

From the perspective of the interior of the car, the color matching of the two-color stitching in the car creates a better texture, and from the photos, the ARCFOX αS interior should also be wrapped with a lot of soft materials. In addition, because there is no traditional transmission mechanism, the car’s shift knob is set on the floating armrest, and the front central passage seems to have a considerable storage space. 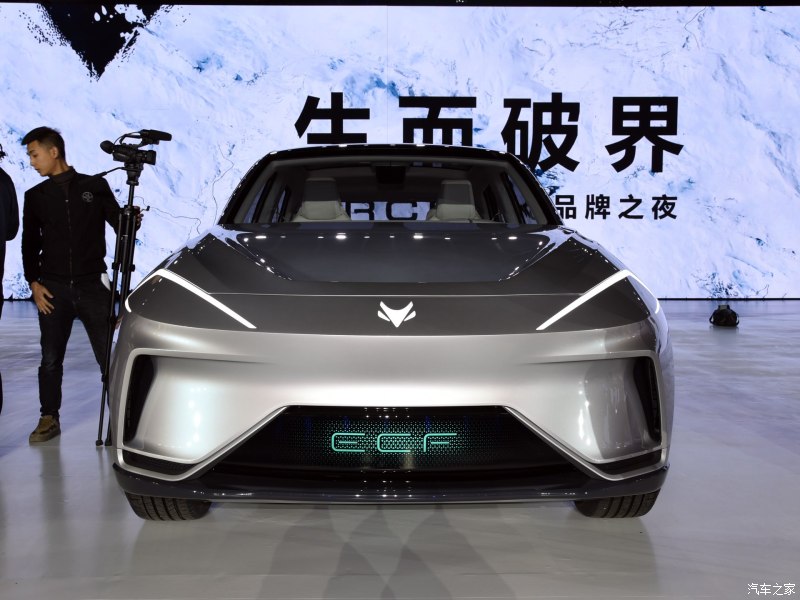